ABC News Studios will unveil three new true crime docuseries on Hulu beginning in January, including one which comes from Colin Kaepernick and another from “The Way Down” executive producer Nile Cappello.

Through emotional testimony from family and friends and interviews with key law enforcement, each episode focuses on the life of one bright young student, diving into their lost potential, their loved ones’ grief, and the fight to bring their killers to justice. 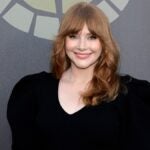 “Web of Death”, which premieres on Jan. 19, follows the investigations of online sleuths as they use digital footprints, DNA databases and the power of social media to solve gruesome, mysterious and bizarre murder cases.

Each episode chronicles a new investigation, focusing on one amateur detective and one case ― from identifying a skull found inside a bucket of cement at a truck stop to a Jane Doe in a California orchard to tracking down a lottery winner who suddenly disappeared to more personal tragedies like a father’s search for his teenage daughter’s shooter. The program highlights the incredible persistence, attention to detail and vast networks that help these web sleuths find answers others could not. 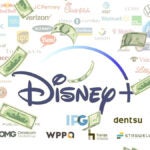 Also Read:
How Disney+’s Ad Tier Can Pull the Company Out of a Fiscal Slump | Analysis

“Killing County,” which premieres on Jan. 26, takes a look at Bakersfield, a big city with the soul of a small town deep in California’s heartland, where things are not always what they seem. A deadly hotel shooting makes the Ramirez family question everything they know about their town.

Desperate to find out what really happened to their loved one, they soon learn they are not alone in their tragedy and fight for the truth. The three-part series is a story of twists and turns, alleged corruption and cover-up. Raising the question: who do you turn to when the ones who are supposed to serve and protect you are the ones you can’t trust?