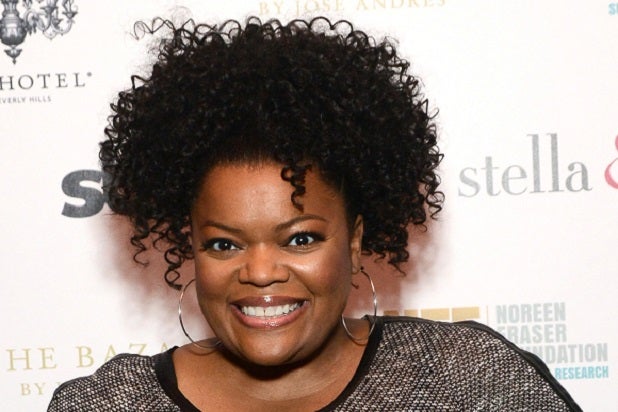 Yvette Nicole Brown has been promoted to series regular on CBS’ ‘The Odd Couple” remake, a network representative told TheWrap. The upgrade comes just days after the actress departed NBC-turned-Yahoo’s “Community” so she could give her sick father daily care.

Brown plays Dani in the upcoming reboot of the ’70s sitcom, adapted previously from the 1968 film starring Walter Matthau and Jack Lemmon. Dani is an assistant to Oscar Madison (Matthew Perry).

The series, which Perry is also producing, will also star his “17 Again” co-star Thomas Lennon as Felix Unger, a role previously played by Tony Randall on the small screen.

Brown was originally cast in a recurring role on “The Odd Couple.”

Her previous show, “Community,” ran for 5 seasons on NBC, but is transitioning to Yahoo Screen for Season 6. Brown had played series regular Shirley on every episode of the Dan Harmon-created sitcom since the 2009 pilot.

After news of her departure spread Tuesday, Brown quickly rebuffed rumors that she was leaving because the show would no longer air on NBC.

“My dad needs daily care and he needs me,” Brown told TV Guide. “The idea of being away 16 hours a day for five months, I couldn’t do it. It was a difficult decision for me to make, but I had to choose my dad.”

Still, showrunners were sad to see her go. “Yvette was an integral part of ‘Community’ and is irreplaceable. We are sad to see her go and wish her the very best,” Harmon and executive producer Chris McKenna had responded in a statement.

Brown, who also appeared in “Percy Jackson: Sea of Monsters and “(500) Days of Summer,” is represented by Innovative Artists and Rogers & Cowan.