In a closure that surprised many theatergoers on Tuesday, “Company” producer Chris Harper announced that his gender-flipped Tony-winning revival of the Stephen Sondheim musical is taking its final bow on July 31 on Broadway.

But Harper also revealed a 2023–24 touring production is in development — though it’s unclear if Broadway stars Katrina Lenk and Patti LuPone will be involved.

“It remains the honor of a lifetime to bring Stephen Sondheim and George Furth’s masterpiece to Broadway in Marianne Elliott’s Tony Award-winning reimagined production,” Harper said of the impending close. “It is a testament to the dedication of everyone who works on the production that we have withstood all the challenges that Broadway has faced over the last two years to share this show with our amazing audiences. We have six more weeks of performances to celebrate our astonishing cast, orchestra, and crew at the Jacobs Theatre and we are delighted to be planning a touring production to bring ‘Company’ to audiences across North America soon.” 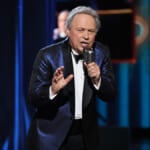 The revival was especially recognized for gender-swapping its lead bachelor from Bobby to bachelorette Bobbi (Lenk). At the 2022 Tony Awards, the musical earned director Marianne Elliott her third Best Director trophy, making her the most-winning woman director in Broadway history. “Company” also took home the titles for Best Musical Revival, Best Featured Actress in a Musical for LuPone, Best Featured Actor in a Musical for Matt Doyle, and Best Scenic Design of a Musical for designer Bunny Christie.

Upon its July 31 bow, “Company” will have played 300 performances. Despite its varied accolades from the West End debut and its Broadway transfer, it is still unclear if the musical will recoup its $13 million in costs, per the Securities and Exchange Commission. The Broadway League reported that the show played to 74% capacity and grossed $640,297 during the week ending June 12.

“It’s no secret to you or anyone else — it’s tough out there, and summer was going to be hard and September even harder,” Harper told the New York Times. “I wanted to celebrate the final six weeks and go out on a high.” 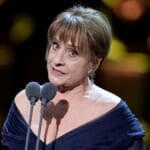