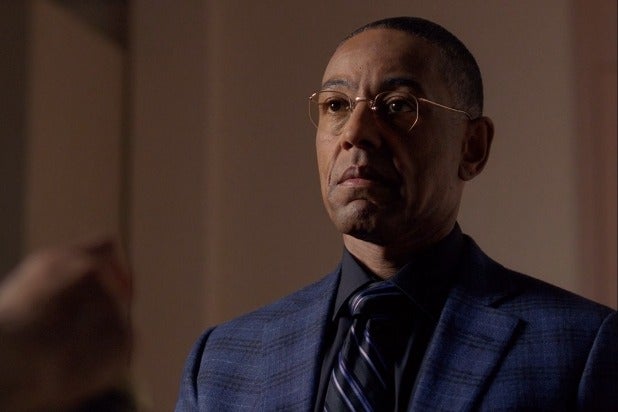 (Spoiler alert: Don’t read this if you still plan to watch Season 4 of “Breaking Bad.” And get on that, jeez.)

If AMC’s just-announced “Breaking Bad” spinoff wants to bring back Gus Fring, the actor who played him is ready.

The upcoming “Better Call Saul” is a prequel, which means Walter White’s most dapper nemesis is still alive. And has his full face. It may finally be time to find out exactly how he built his chicken and meth empire.

“I love my ‘Breaking Bad’ family and would welcome the chance to work with them again if given the opportunity,” said Giancarlo Esposito, who played Fring, in a statement to TheWrap on Thursday.

The statement came a day after Sony and AMC announced the prequel series, which will feature Bob Odenkirk reprising his role as criminal lawyer Saul Goodman.

Esposito told TheWrap previously he would be open to the idea, and his role on NBC’s “Revolution” hasn’t changed that. “Revolution” is entering its second season.

Also read: Was the Latest ‘Breaking Bad’ the Best Hour of TV Ever?

“Any chance I get to work with Giancarlo again, I would jump at the opportunity. He is a wonderful actor and such a sweet guy,” Gilligan said in July.