Netflix’s “The Crown” continues to build out its new cast for Season 5, tapping Amir El-Masry (“Limbo,” “The Night Manager”) to portray a young Mohamed al-Fayed, TheWrap has learned.

The Egyptian billionaire and former Harrods owner is the father of Princess Diana’s former partner Dodi, who died in the same 1997 car crash that claimed the life of the Princess of Wales. In 2008, al-Fayed described Prince Philip as a “Nazi” and a “racist” when accusing him of conspiring to murder Princess Diana.

Salim Daw (“Oslo”) has previously been cast as an older al-Fayed, suggesting that Season 5 will toggle back and forth in time and provide a more complete picture of those caught in the web of this tragic incident. Dodi will be portrayed by Khalid Abdalla (“The Kite Runner”) this season while Elizabeth Debicki (“Tenet”) will tackle the role of Diana. 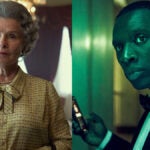 Season 5 of “The Crown” will debut on Netflix in November. 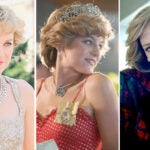