“Dancing with the Stars” has crowned its Season 30 mirrorball champs, with NBA star Iman Shumpert and his pro partner Daniella Karagach taking the title Monday night.

Siwa and Johnson took second place, third went to Rigsby and Burke, and Kloots and Bersten came in fourth.

Monday’s show was a tough night of competition, with all the celebrities putting their best feet forward, including during the fan favorite freestyle round. 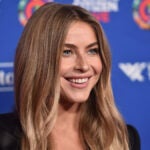 In fact, the freestyle continued to be a “DWTS” finals night standout, with all of the couples pulling perfect scores.

Rigsby and Johnson were first up and brought “Pose” style ballroom flavor to the dance floor during their freestyle routine (which also included a brief spin on the pole for the celeb contestant) — a first for the show.

“You give everybody permission to be their fully expressed self. Literally your true self is what’s shining through. … Thank you for giving your full self, you are amazing,” Julianne Hough said, as she filled in on the judges panel in place of her brother, Derek Hough, who last week tested positive for a breakthrough case of COVID-19. 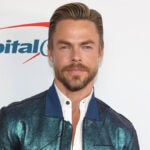 Kloots and Bersten took the stage next, with an emotional freestyle to Coldplay’s “A Sky Full of Stars.” The pair’s emotional performance resonated with the judges.

“You are hope and resilience personified,” Inaba commented.

Judge Len Goodman added, “Throughout the season, I so loved your beautiful, lyrical dancing, it’s just been wonderful.” 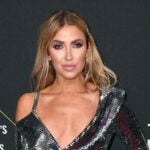 Siwa and Johnson did their freestyle to Lady Gaga’s “Born this Way,” bringing major energy to their routine.

“That was beyond amazing,” Inaba said.

“I’m floored by you,” Hough gushed. “When I think of you, all I have to say is I’m officially a ‘Siwa-nator.'”

Last, but certainly not least, Shumpert and Karagach took the floor and tore it up.

“I will go on record right now, that was my favorite freestyle I’ve ever seen in 30 seasons,” Hough said.

Correction: An earlier version of this story misspelled pro Daniella Karagach’s name. It has been corrected.