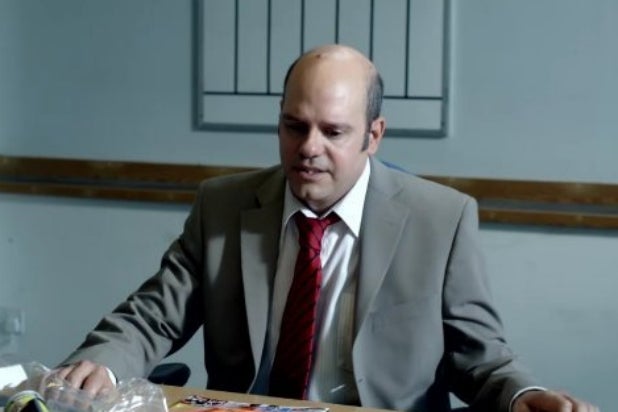 Let’s see you write your way out of this one, David Cross.

Following a three-year hiatus, Cross’s scripted comedy “The Increasingly Poor Decisions of Todd Margaret” is returning to IFC for Season 3. It will pick up where the second season left off: as Cross’s character detonates a battery of nuclear bombs that incinerate the planet.

“Todd Margaret” is slated to return in 2015 with six new half-hour episodes. Cross plays the fish-out-of-water titular character, an American based in London who completely lacks any sense of good judgment.

See video: ‘Orange Is the New Black’ Gets the ‘Arrested Development’ Treatment in New Promo

The writing portion of the new run has begun for production next year.

Season 1 delivered over one million total viewers to IFC while the second season jumped 50 percent to nearly 1.6 million viewers, based on Live+7 Nielsen data. The first two seasons are available on Netflix and DVD.

“The Increasingly Poor Decisions of Todd Margaret” is produced for IFC by Merman Films in the UK. The series is written by Cross, Shaun Pye (“Extras”) and Mark Chappell (“A Young Doctor’s Notebook”). The producer for Merman Films is Clelia Mountford and Cross is an executive producer.

“The Increasingly Poor Decisions of Todd Margaret” is based on an original series by RDF Television, part of the Zodiak Media Group.

“As thrilled as I am to not have to answer the question, ‘Hey man, will there be a third series of ‘Todd Margaret’ or what?’ anymore, the true thrill comes in figuring out how to extend a serialized episodic in which the world blows up at the end of series two. How do you do that for six episodes?! Well Shaun, Mark, and I are up to the challenge,” said Cross. “I sincerely couldn’t ask for a better group of folks to be doing it for than the lovely ladies (and one dude now) at IFC. It is such a pleasure to work for them. They are a rarity in this business.”

“Perhaps it was a poor decision for Todd to end the world, but working with David to bring this series back is a great decision for the fans,” said Jennifer Caserta, IFC’s president. “We look forward to welcoming Todd Margaret and whoever else survived the apocalyptic blast back to IFC in 2015.”