Two men (Lee Kang-sheng and first time actor Anong Houngheuangsy) unknown to each other, living lives of silent isolation, have a brief but meaningful encounter, then go their separate ways.

That’s the bare-bones plot of “Days,” the latest from Taiwanese director Tsai Ming-liang, another chapter in the filmmaker’s three-decade long, contemplative examination of loneliness.

“Days” begins with Kang seated in a room at home, staring out a window at rain. Tsai’s usual filmmaking practice has often been associated with the Slow Cinema movement, consisting of a group of disparate filmmakers who, more than anything, share a welcome affinity for the kind of silence and deliberate action that mainstream cinema has abandoned. Appropriately, this opening shot is wordless, nearly motionless, and lasts about five minutes. 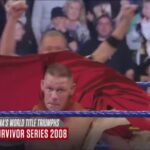 This is nothing new for a filmmaker famous for very long takes with minimal edits, yet also a fairly brief example, considering he ended his 2013 film, “Stray Dogs,” with a single 14-minute shot of two characters staring at something located outside the frame. Call it an endurance test in paying attention, if you wish, but the effect is one that grounds that attention and strips away distraction. There’s nothing to look at but the people living on screen and nothing to pull focus from their trouble.

Though he worked in film before meeting actor Lee, Tsai’s 1991 TV movie “Boys” and his 1992 theatrical feature “Rebels of the Neon God” established what would become an ongoing partnership between artist and muse. Together, with Lee usually playing a variation of a character named Hsiao-kang (or, in this film, an unnamed person listed as simply “Kang” in official notes), they’ve looked at solitude and the yearning for connection through a lens of collapsing societal structures: economic, romantic, and familial. 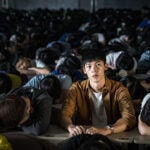 Also Read:
How a Severed Hand Led to Taiwan’s Oscar Contender ‘A Sun’

Kang’s activity gives way to lying in a bath, visiting a medical office for treatment of back and neck pain — a theme that began in 1997’s “The River” and that has continued, one informed by Lee’s real life physical ailments. Meanwhile, a young man named Non (Houngheuangsy) tends to an altar, then goes home to a spare, barely furnished apartment, where he washes vegetables and prepares a meal in something more or less resembling real time. He showers and goes to work tending a kiosk at a night market, as Kang walks the city in a neck brace.

The older man and younger man finally meet in a nondescript hotel room in what becomes the film’s centerpiece. Non is hired to massage Kang in what is at first therapeutic, then sexual, contact, the film’s only person-to-person interaction. Here Tsai finally allows for evidence of intimacy between the men; they’re afforded a chance at peace, pleasure, and the slightest of contented smiles. Money changes hands, Kang gives Non the gift of a small music box that plays “Terry’s Theme” from Charlie Chaplin’s 1952 film, “Limelight,” and then the two share a meal before parting.

Formally, Tsai’s approach is as spare as possible while still maintaining a loose sense of narrative. His work over the years has often involved a slow stripping away of movement, emphasizing the sorrow of people seeking permanence and refuge from harsh, chaotic, or simply transitional environments: unhappy family homes, plagues, decaying structures. And as the action recedes, Tsai’s empathy for his lost characters emerges. 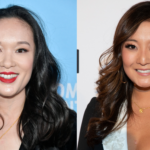 In “Days,” that empathy is inextricably bound to the process of time itself. The title purposely evokes the mechanical sameness of his characters’ solo routines, the side-by-side lives of a young man finding his way through a big city, alone, and an older man doing the same. Non could very well be the Kang of 30 years ago, winding the music box that plays a song from an old film about growing old, and Kang has been aging on screen for that same stretch of decades.

If there’s any lasting effect to Kang and Non’s meeting, “Days” refuses to be explicit about what it will be. Their physical, sexual, and social contact is brief, but the music box carries with it, at least for Non, a chance for extending their shared moment into the future. In the end, it’s as much sentimentality as Tsai is comfortable allowing, a quiet moment of tenderness that ripples into the dark.