“Dear Evan Hansen,” “Clifford The Big Red Dog” and “The Eyes of Tammy Faye” are just some of the movies that will make their premiere at the Toronto International Film Festival this fall as part of its lineup of gala presentations.

“There was no question that ‘Dear Evan Hansen was the ideal film to launch the Festival this year,” Cameron Bailey, artistic director and co-head of TIFF, said in a statement. “This film is ultimately about healing, forgiveness, and reaffirms how connected and essential we all are to one another. We couldn’t think of a more important idea to celebrate this year as we come together once again to share the power and joy of cinema in theatres together.” 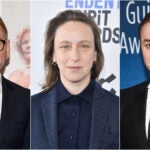 Some new special presentations added to the lineup include some films that recently debuted at Cannes, including “Drive My Car,” “Bergman Island,” “Les Olympiades” and “The Worst Person In The World.”

This year’s TIFF runs from September 9-18. 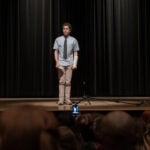 “Dear Evan Hansen” is based on the Broadway musical and stars Platt reprising his role as a timid high school student with Social Anxiety Disorder who grapples with his own journey of self-discovery and acceptance after he gains attention following the suicide of one of his fellow classmates. “The Perks of Being a Wallflower” director Stephen Chbosky directs the musical adaptation that also stars Kaitlyn Dever, Julianne Moore, Amy Adams, Amandla Stenberg and Nik Dodani. Universal is releasing it in theaters on Sept. 24.

For the closing night film, Yimou’s “One Second” tells the story of a traveling film projectionist and an escaped prisoner who become connected through cinema. TIFF describes “One Second” as a love letter to movies and a reminder of how they can unite people, regardless of our differences.

You can view the whole list of announced films as part of this year’s lineup here.