When the 2017 redo of Agatha Christie’s “Murder on the Orient Express” made a killing, that may have been a surprise, but no one should have been shocked that director-star Kenneth Branagh, his epic ‘stache like a furry face belt, and screenwriter Michael Green would head back to the whodunit queen’s Hercule Poirot library for another starry, swanky production.

You could even call their choice of follow-up a copycat crime, since an adaptation of “Death on the Nile” was also what followed the 1974 film of “Express.” (Um, there are plenty of Poirot novels, fellas.)

The 1978 “Death,” however, necessitated a change in Poirots (from I-won’t-play-him-again Albert Finney to first-of-six-times Peter Ustinov) even as it stuck to the story points and suspect roster of Christie’s 1937 tale of love, betrayal and homicide on a paddle steamer through Egypt. 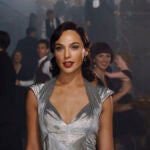 And yet for all the ways Branagh’s lavish new “Death” deliberately, and at times interestingly, fiddles with the source material to cut some characters, re-tailor others, invent new motives, and add reveals, the filmmakers and studio — already having had to delay release over a year because of the pandemic — probably wish they could have made one more significant change before their expensive sequel launched.

But enough about Armie Hammer, who, if remembered at all from this, it will be for his overripe acting that, ironically, suggests someone’s last chance at plying his craft. (He’s been accused of sexual assault and rape.) There are plenty of other reasons to wish the perfectly watchable “Death” had been better, if only because it’s already an upgrade from the flat, purposeless “Express.” This one’s trappings are plusher, its puzzle and solution niftier, yet still not totally there as a smoothly glamorous, engrossing piece of escapism.

Christie aficionados may wonder what a grey WWI prologue in Belgium’s blood-soaked trenches has to do with Mediterranean misadventure. But Branagh and Green believe, a tad obnoxiously, that Poirot is more interesting if he’s less comical oddball and more heavy-headed hero with a lost love. Even the mustache gets a tragic origin story, because, in the world of IP, famous facial hair has a past. It’s a bit much, and hardly the amuse-bouche one wants for a meal of sleek sleuthing. 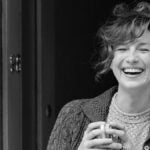 Cut to 1937, and a hopping London nightclub, where flashy heiress Linnet Ridgeway (Gal Godot) is asked by her old school chum Jacqueline (Emma Mackey, “Sex Education)) to give Jacqui’s fiancée Simon Doyle (Hammer) a job so the madly-in-love pair can get their footing in life. Bad move. Weeks later at an opulent Egyptian hotel, it’s Linnet and Simon celebrating their nuptials, well-wishers in tow, while jilted Jacqui plays the disrupter, stalking the couple on their honeymoon to Linnet’s increasing concern.

Christie loved a fertile coincidence, and screenwriter Green obliges by adding Poirot’s chipper young “Express” confidante Bouc (Tom Bateman) to the trip, although with more to do this time around, including handling his own doting mother, played by a haughtily circumspect Annette Bening. The movie also does a fine job addressing what’s correctively cosmopolitan yet historically trenchant about Okonedo’s and Wright’s characters (reimagined from the unremarkable white figures they were in the book), although the hinted-at possibility of romance for Poirot with Salome feels more like director vanity than anything else. 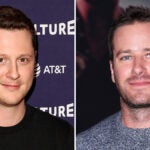 Why “Death” ultimately chugs and churns along, rather than floats, is that — as is so often with Branagh, even in a small-scale work like his Oscar-season hit “Belfast” — his direction is a stylistic hodgepodge that rarely feels grounded. Here, that means off-kilter melodramatics (from Gadot, Mackey and Hammer) clashing with silkier turns (Okonedo, Bening, even a better-than-last-time Branagh); Haris Zambarloukos’ 65mm cinematography achieving colorful sumptuousness one scene and jarring effects artificiality the next; and the director’s virtuosity jonesing when it comes to elaborate tracking shots and why-that angles. Besides, the whole thing is already ludicrous enough without cartoony cutaways to predators snatching and eating prey.

Branagh’s indulgences can grate, but you also sense how much he loves it all, which helps. It also helps that production designer Jim Clay’s elaborate recreations (of an age-specific steamer and Aswan’s Cataract Hotel) and Paco Delgado’s stylish period clothing make for steadily appealing visuals, and that the story is one of Christie’s more tantalizing, hot-tempered mysteries.

Because after the gimmicky, chilly “Murder on the Orient Express,” this outing at least reminds us of what’s pleasurable about this sturdy, transporting genre, and it’s not asking, “Whither whiskers?”