And who better to save Hollywood cinema from chaste franchises, stolid superheroes, and a general lack of horniness than director Adrian Lyne (“Fatal Attraction,” “9 1/2 Weeks”), returned from a two-decade hiatus to bring heavy breathing back to mainstream movies.

“Deep Water,” a Patricia Highsmith adaptation starring couple-at-the-time Ben Affleck and Ana de Armas, doesn’t invoke the beads of sweat that the genre’s best can manage, but it’s a pleasurably trashy reminder of the flashy fun that Lyne and his many imitators once regularly brought to the screen. 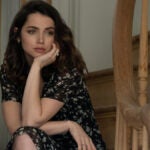 Adapted by the unlikely pair of Zach Helm (“Stranger Than Fiction,” “Mr. Magorium’s Wonder Emporium”) and Sam Levinson (“Malcolm & Marie”), “Deep Water” brings us into the glamorous but deeply dysfunctional marriage of Vic (Affleck) and Melinda (de Armas). He’s a retired tech genius, devoting his time to raising snails, publishing a literary magazine, and broodingly spying on Melinda when she drinks too much and carries on with younger men. Suffice it to say Vic does a lot of spying.

During a casual chat with Melinda’s current dalliance, Joel (Brendan C. Miller, TNT’s “Animal Kingdom”), Vic informs the young man that his predecessor, presumed missing, is actually dead. Vic then takes responsibility for the murder in a very kidding-not-kidding kind of way. (Vic is blasé about the fact that the computer chip he invented is now used in drone warfare, so his attachment to the sanctity of human life is questionable.) As the bodies pile up, we have to wonder if Vic is indeed dispatching all of them or if there’s some other explanation. And if he is doing it, is it purely out of jealousy, or is it because Melinda finds this scenario a turn-on? 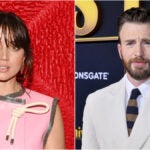 The questions, for the most part, are more interesting than the answers, but Lyne knows how to bring a palpable frisson to this kind of material, from de Armas’ portrayal of Melinda (imagine a combination of Elizabeth Taylor’s characters in “Who’s Afraid of Virginia Woolf?” and “BUtterfield 8”) to a wildly overqualified supporting ensemble, including Tracy Letts, Lil Rel Howery, Dash Mihok, and Kristen Connolly. (Melinda has a taste for younger, blankly attractive men, so it’s no surprise when Finn Wittrock pops up as her way-back-when first lover.)

Affleck, for his part, finds ways to convey menace without merely relying on gnashing his teeth, and he absolutely commits to both the anger and the lust that Melinda’s misbehavior summons in Vic. If there’s any attempt at mystery to keep the narrative moving, it comes from Affleck’s ability to keep his cards close to his vest — he literally wears a vest through most of this movie, incidentally — so that other characters and the audience are never quite sure what to make of him. 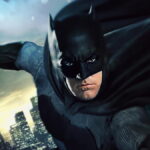 Potential viewers should adjust expectations away from a “Glenn Close springs to life out of the bathtub” finale: The ending that Helm and Levinson concoct (different from Highsmith’s) is something of a mixed bag — on paper, it’s a resolution with bite, but in execution, it comes off somewhat rushed and not entirely earned. The film builds to a solid climax but takes too many shortcuts to get there.

Even so, “Deep Water” offers so many tawdry delights along the way that its flaws aren’t dealbreakers. Affleck and de Armas might not have lasted as a couple off-camera, but as co-stars, they’re a potent combo.