The Walt Disney Company cashed in at the annual Upfronts this year like never before with commitments totaling a record $9 billion, the company said Monday. The all-time high mark comes as Disney+ prepares to launch an ad-supported streaming tier later this year.

The looming entry of Disney+ and its 138 million worldwide subscribers into the ad market to join Hulu, ESPN+ and the company’s roster of linear networks proved to be an attractive selling point to advertisers. Disney noted that a whopping 40% of the $9 billion in commitments will be for its digital and streaming platforms.

“Disney Advertising entered our 2022-2023 Upfront committed to executing on our strategic priorities — streaming, multicultural and inclusion, sports and entertainment — and we delivered,” Rita Ferro, president of advertising sales for Disney Media and Entertainment, said in a statement. “This marks a historic close to our strongest Upfront ever, totaling $9 billion. I am proud to partner with all of our clients to reach audiences at scale across all screens, and alongside the most premium content.”

Live sports coverage remains one of the most vital assets for linear television and Disney has paid a premium to compete in that arena. As part of the recent NFL broadcast deal renewal, the company agreed to pay $2.6 billion a year to continue airing “Monday Night Football,” with select games beginning to also air on ABC this season. The broadcast network will also re-entered the Super Bowl rotation with its rivals CBS, Fox and NBC for the first time since 2006. For the second year in a row, Disney notched double digit increases in sports volume and pricing.

In addition to sports, Disney+ — which secured commitments from all agency partners — will continue to roll out high-profile Marvel and “Star Wars” series such as “She-Hulk: Attorney at Law” (premiering August 17) and “Andor” (Aug. 31) while “Dancing With the Stars” moves exclusively to the streamer. Hulu also has long represented the gold standard for advertising-based video on demand (AVOD) platforms. Other categories that performed well for the company included diversified consumer services, financial services, media and entertainment, pharmaceutical, sports gaming and travel & leisure. 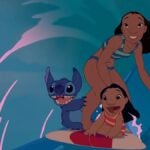