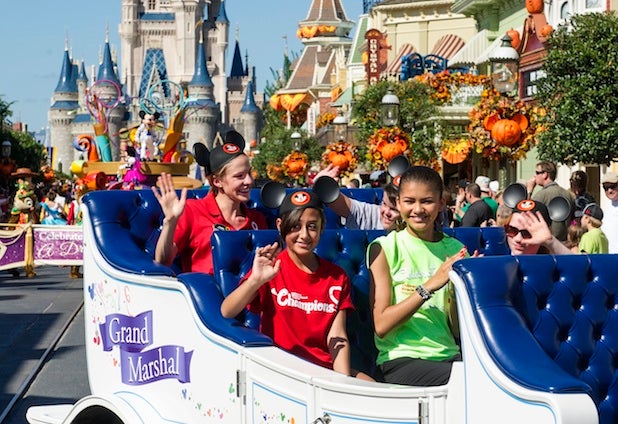 Disney has settled on a brilliant business strategy — make as few movies as possible.

But how many live-action movies has Walt Disney Pictures produced this year?

Two thus far — “Oz: The Great and Powerful” and “The Lone Ranger” — with “Saving Mr. Banks” on the Way. Compared that to the double-digital output at studios like Universal or Lionsgate.

They’ll make a fantastical film such as “Oz” or “Alice in Wonderland” (next year it’s “Maleficent”) and throw in a comedy (next year its “The Muppets”).

Other than that? Not much.

“It’s a tough state of affairs,” one executive at a rival studio told TheWrap. “They are just not making many live-action movies anymore.”

He means it’s tough for producers and development executives – not the studio or the company (just ask Jerry Bruckheimer, who will leave his longtime Disney home at year’s end).

Here’s the thing: It’s all part of a very effective strategy.

Disney has deferred moviemaking responsibility to Marvel, Pixar and Lucasfilm because those subsidiaries don’t make movies. They make juggernauts. Their movies are also video games, theme park attractions and toys. They are brands, and those brands are why Disney reported record revenue on Thursday.

The fastest growing parts of Disney’s business are consumer products, theme parks and interactive. Disney has used, and will continue to use, Iron Man, Pixar and “Star Wars” to sell toys, video games and tickets.

And Disney is just getting going. A Marvel-themed attraction is coming to Hong Kong. Marvel shows will be made for Netflix. Star Wars toys will fly off the shelves as the new movies open in theaters. Disney will even make more money when Sony, a rival studio, releases its next “Amazing Spider-Man” movie based on the Marvel superhero through their licensing agreement.

Disney already had the infrastructure in place to license its top brands for consumer products, theme parks and TV shows. Now it’s able to plug even bigger brands into that pipeline, creating scale that few companies can match.

So when Iger noted about the studio’s monstrous slate of movies in 2015, he talked about Marvels’ Avengers, Star Wars and Pixar’s two films. Oddly, he didn’t talk about another of the big releases that year — “Tomorrowland,” the next movie from “The Incredibles” director Brad Bird.

Where does that title come from? Disney’s theme parks.