Walt Disney just dropped a slew of new release dates, most of which were of the “untitled” variety like “untitled Disney,” “untitled Pixar” and “untitled Disney Animation.” It is still nice to know that the studio intends to be releasing animated movies in theaters at least up until the end of 2026, but the one named title is “The Booygeyman.”

Penned by “Quiet Place” writers Scott Beck and Bryan Woods, along with “Black Swan” writer Mark Heyman, the Rob Savage-directed “The Boogeyman” concerns a teen girl and her little sister coping with the death of their mother and struggling to get their grieving father to notice a sadistic presence plaguing their home. It features “Bizaardvark”s Madison Hu along with Vivien Lyra Blair, “Yellowjackets” star Sophie Thatcher, David Dastmalchian who has starred in “The Suicide Squad,” “Ant-Man” and the recent CBS reboot of “MacGyver” as the villainous Murdoc.

Based on a 1978 short story from Stephen King, the film is just the latest title that was destined for streaming only to get a theatrical release. While initially intended to premiere on Hulu, sources indicate that strong test screening scores convinced Disney to go theatrical instead, giving it a June 2, 2023 opening day alongside Sony’s “Spider-Man: Across the Spider-Verse.” 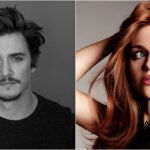 Also Read:
Kyle Gallner and Holland Roden to Star in Psychological Thriller ‘Mother, May I?’ (Exclusive)

Its path from streaming flick to theatrical release is not unlike Paramount’s “Smile,” which ended up earning $215 million on an $18 million budget late last year. Likewise, 20th Century’s own “Barbarian” was entered into post Labor Day weekend usually dominated by New Line chillers after “Salem’s Lot” was indefinitely delayed. The buzzy, shocking grindhouse flick earned $45 million worldwide on an under-$5 million budget.

High concept horror has been a theatrical savior since the earliest days of the COVID-era theatrical recovery, be it straight up horror like “A Quiet Place part II” and “The Conjuring: The Devil Made Me Do It” or pulpy monster movies like “Godzilla Vs. Kong” and “Venom: Let There Be Carnage.” After strong results even from an unrated, grassroots-funded “Terrifier 2,” we may be seeing a slew of previously streaming-intended fright flicks going theatrical instead.

David Zaslov has been especially vocal about the films and shows under his umbrella actually earning revenue. He has ruthlessly canceled near-completed movies and removed low-performing shows from the HBO Max platform with the presumption that more tangible revenue can be made from third-party licensing. Meanwhile, there are four major releases this year, “House Party,” “Magic Mike’s Last Dance,” “Evil Dead Rise” and “Blue Beetle,” that were conceived or intended for HBO Max that Warner Bros. Discovery will instead open theatrically. 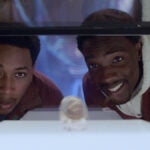 With Wall Street less focused on streaming subscription figures and less inclined to reward massive content spends, there seems to be a shift in terms of studios attempting to wring revenue out of each film or television show on a micro-basis.

Meanwhile, Disney is less concerned about 20th Century Studios or Searchlight Studios films going to HBO Max for that first pay-tv window if they play theatrically, instead of Disney+ or Hulu. As a result, there may be more such distribution changes coming down the line. The metaphorical next “Prey” may end up in theaters instead of on Hulu.

Couple that with Comcast’s alleged success with PVOD revenues from theatrical releases, and this year may seen a total number of films a lot closer to the 800 released in 2019 as opposed to the 450 offered up in 2022. 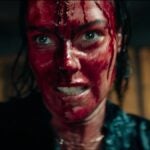