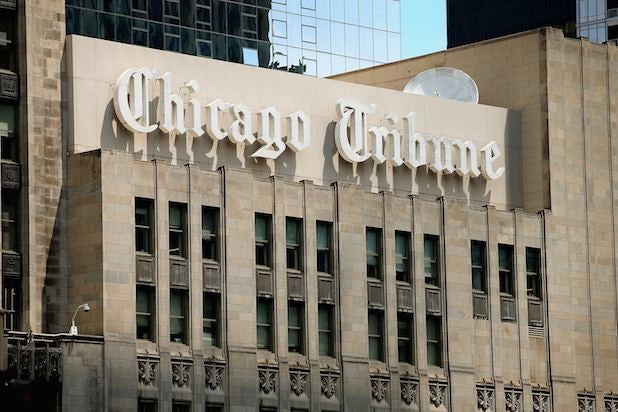 There’s a new round of discussion underway about the death of American newspapers.

The eulogizing this time has been prompted by a series of spinoffs of print companies from larger media conglomerates – Time Inc. from Time Warner, Tribune newspapers from the Tribune television arm, Gannett newspapers from that parent company.

Print news organizations are now financially on their own, in some cases saddled with debt (thanks Tribune and Time Warner) on top of declining print advertising revenue, declining print readership and the challenge of sexy new algorithm-driven digital properties like BuzzFeed, which just attracted a stunning $50 million investment from a Silicon Valley venture firm.

So what does the future of our news culture look like? Is Buzzfeed the brand that we will all be turning to in 20 years time for our news? Will the Boston Globe remain a hub of New England news-gathering? Or will the Chicago Tribune be the rock of influence in middle America that it has been for more than a century?

Naysayers who note the latest set of spinoffs as a sign of further, inexorable decline are missing the larger trend. The spinoffs are less like the ringing of a new death knell and more like a denouement after the double whammy to newspaper business models in 2007 and 2008 – the disruption of blogger- and portal-led publishing combined with the decline in advertising from the recession.

The mistakes made by newspapers at the advent of the internet are well documented. Print news organizations set the stage for their own decline by failing to make their readership base pay for their content online from the start, just as they already did for print.

But it’s a different time now and I’m not so sure that newspapers are in their death throes. Instead, they are in the process of emerging from a dark period of decline and looking at their future with a more realistic set of expectations and goals, looking hard at their respective audiences and leveraging their print and digital assets to grow the latter without abandoning the former.

The head-in-the-sand approach to the Internet is gone, as is the arrogance of their past dominance of the news space. In its place is an openness to innovation, practical thinking and an awareness of hard-headed business metrics.

I know this because I have been visiting American newsrooms in the past month on a personal project (more on this at another time), and taken the temperature of more than a half-dozen editorial operations which have come through years of layoffs and cutbacks and are wide-eyed to that thing called reality.

Readership may be in decline compared to the glory days before the Internet, but hold on a minute: the Minnesota Star-Tribune still reaches a half-million households in print on Sunday – and there’s only about 3 million people in their entire demographic zone. Objectively, you have to say: that’s quite a powerful platform.

Along with the spinoffs there’s been another trend worth noting, the acquisition of major metropolitan newspapers by local owners. That trend is hugely welcome. The aforementioned Star-Tribune was recently bought by basketball tycoon Glen Taylor. The Boston Globe is now owned by local magnate and Red Sox owner John Henry. The San Diego Union-Tribune has a real estate developer — “Papa” Doug Manchester as its backer. The locally-based A.H. Belo Corporation owns the Dallas Morning News.

Also read: The NY Times Isn’t Selling – 6 Newspapers That Should

Instead of being owned by a distant corporate parent who is focused on satisfying Wall Street projections, we have a clear trend of local owners focused on their ownership. Whether they are seeking to fill a community need or burnish their reputation by owning a prestigious local trophy – either way these owners are invested in the success of that property at a grass-roots level.

As I have written before: ALL news media is challenged. A decade into the raucous new publishing world created by the Internet, there is no secret formula, and no magic bullet that has emerged for any news organization facing the challenges of the digital age. Buzzfeed may be the news brand of the present and future. Or it may just be a fad.

News-gathering is not for the unitiated, and it is not for the faint of heart. Silicon Valley take note: Andreessen Horowitz, the venture firm that just put $50 million into Buzzfeed, got their name misspelled throughout the press release for their trouble. Professional news culture – credibility – is a hard thing to establish and all too easy to lose.

It’s been a long time since the glorious 1980s, when newspapers were throwing off 25 percent in income a year, and we all know those days aren’t coming back. But newspapers are not ready for the trash heap of history either. They are focused on their role in a reconfigured media landscape. And given the stakes, they will need all their wiles and creativity to do so.

Personally, I’m rooting for them.