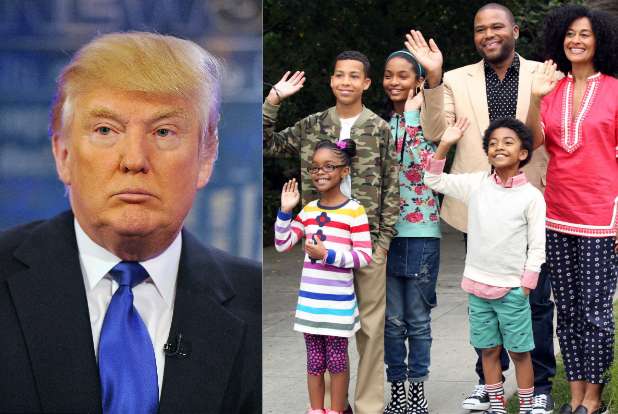 Donald Trump offered up his always-extreme opinion on Wednesday, this time going after ABC’s new sitcom “Black-ish” on Twitter. He doesn’t even need to see the show to know he hates it.

“How is ABC Television allowed to have a show entitled ‘Blackish’?” Trump tweeted. “Can you imagine the furor of a show, “Whiteish”! Racism at highest level?”

ABC has not yet responded to TheWrap’s request for comment on Trump’s criticism.

“Black-ish,” starring Anthony Anderson, Tracee Ellis Ross and Laurence Fishburne, debuted on the network one week ago and scored strong ratings in their premiere.

The show’s creator, Kenya Barris, based the series loosely on his own life and spoke to TheWrap about the role race plays in the show.

“Our show is not about race,” Barris said. “Our show is about culture and identity. But we’re in a place where our cultures and identity as a country are more layered and combined than they ever have been.”

Trump has also gone after ABC employees Rosie O’Donnell and “Modern Family” executive producer Danny Zuker in the past.

“Totally agree,” Zuker tweeted at Trump on Wednesday following his comments on “Black-ish.”