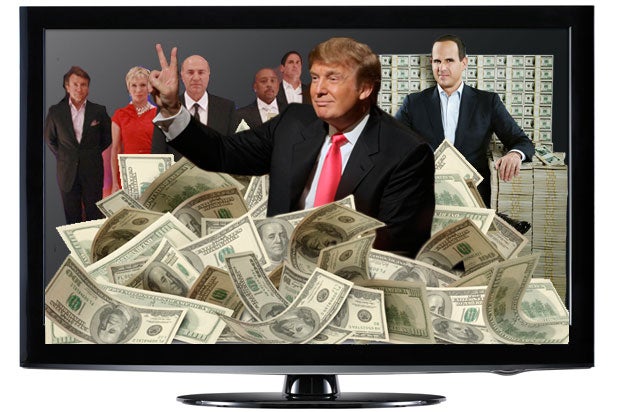 When Donald Trump announced he was running for president on June 16, he did it with flare, chutzpah and a hefty dose of political

He also made several inaccurate statements on immigration, unemployment and the economy.

While there are plenty of reporters fact-checking The Donald’s political statements, TheWrap takes a look at Trump’s comments regarding his Hollywood career.

When challenged by a reporter, Trump insisted he was talking specifically about the advertiser-coveted adults 18-49 demographic on Monday nights.

Fact: Neither of the two Monday airings of the show has led the night in adults 18-49.

Fact: While the show has been a hit for NBC, it has rarely, if ever, reached the top spot. If anything, the show has followed the trend of ratings declines for aging broadcast reality series in recent years. The most recent, Season 14 averaged 7.6 million viewers compared to 20.7 million in its first season.

Respectable? Sure. No. 1? Not even close.

Disputed net worth
When Trump announced he was throwing his hat into the 2016 presidential race, he published a document stating his net worth at roughly $9 billion, with more than one-third of that coming from real estate licensing deals and brands.

Fact: Forbes values his personal brand at half that much —  closer to $4 billion.

Fact: NBC said his real compensation isn’t even in sniffing range of that number.

“The financial information reported today in regards to ‘The Celebrity Apprentice’ is grossly inaccurate and has been significantly overstated,” a network spokesperson said in 2011. “While it is our policy to keep financial information strictly confidential, neither the production costs of the show nor what Mr. Trump makes personally is in the realm of reality.”

However, NBC may not be privy to the full details of Trump’s “Apprentice” deal, as it would be between the show’s now-former orange-haired host and Mark Burnett‘s production company.

The Trump effect on Joan Rivers
While discussing Joan Rivers‘ appearance on the latest season of Celebrity Apprentice (which aired after her death), Trump credited her 2009 win for rebooting her flailing career.

“She did a documentary, her career was not doing well, her career went through the roof after ‘Celebrity Apprentice,'” he told reporters in January.

Fact: Rivers had a high profile gig as E!’s awards show red-carpet host for years and hosted a series of “Fashion Police” specials (before it became a regular weekly series) for the cable channel. She also had stand-up appearances and acting and talk-show gigs. But in her 2010 documentary, “: A Piece of Work,” the the legendary comedian did admit that her win on “Apprentice” helped revive her career.

The cost of Trump’s “Mexican Mess”
Trump said he’s giving up “hundreds of millions” of dollars to run for president.

Fact: While Trump’s Mexican immigrant comments are costing him big bucks, the number is closer to $50 million.

Fact: While “The Apprentice” became an early reality success story when it launched in 2004, it borrowed heavily from its predecessor, “Survivor.”

There are plenty of successful business-focused hits across the dial. “Shark Tank” and its spinoff “Beyond the Tank” are both performing strongly for ABC. CBS recently renewed “Undercover Boss” for a sixth season, CNBC’s “The Profit,” is the most-watched original series in CNBC history, with triple-digit growth from Season 1 to Season 2 among the advertiser-coveted key demos. Spike TV’s “Bar Rescue” averaged a 1.1 rating among adults 18-49 in its last cycle and is currently the network’s third highest-rated original series. Travel Channel’s “Hotel Impossible,” in which struggling hotels receive extensive makeovers courtesy of veteran hotel operator Anthony Melchiorri, has consistently ranked among the network’s top five shows. And Food Channel has been serving up “Restaurant Impossible” since 2011.