This review originally ran in conjunction with the world premiere of “Dos Estaciones” at the 2022 Sundance Film Festival.

Globalization can easily obscure the fact that a beautiful place with a rich history, hardworking people and a precious resource is as much someone’s home as it is an outsider’s opportunity.

What Mexican filmmaker Juan Pablo González would like viewers to think about after seeing his melancholically picturesque “Dos Estaciones” is that the next time you bolt down some multinational conglomerate’s new celebrity-marketed, substandard tequila, there’s a local — like González’ factory-owning protagonist — in an ever-deepening despondency about the slipping away of a long-cherished culture.

This is González’s first narrative feature after establishing his meditative style in a handful of documentaries (including “Caballerango”), and it’s a hybrid of story, regional verisimilitude and personal knowledge. (The director comes from a family of tequila makers.) But while “Dos Estaciones” — set in the tequila-producing hub of Jalisco, in the highlands town of Atotonilco — may not always be dramatically cohesive, it confidently maintains a concentrated atmosphere of pride and mourning as it keeps tabs on Maria (Teresa Sánchez, “Prayers for the Stolen”), a middle-aged businesswoman as tough as the situation in which she finds her company, which shares a name with the film’s title. 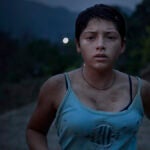 We learn right away that a plague is soon to threaten the region’s all-important blue agave plant, the harvesting of which is depicted in a mesmerizing opening sequence that hints at the intimacy and majesty in-store from Gerardo Guerra’s stunning location cinematography. But it’s the economic plague that’s especially gnawing at Señora Maria (as she’s called by her employees) — the increasing encroachment of foreign-owned companies in the region that have been swallowing up artisanal operations like hers.

With debts piling up, farmers not returning her calls, crops threatened and workers already owed back wages, the pressure for her to sell is strong, but she won’t give in. We can tell, however, from Maria’s eyes — the greatest asset in Sánchez’s quietly roiling performance — and how she carries herself, whether eating by herself or touring the plant or working at her desk, that the family business is weighing on her.

As for the “family” part, it’s mostly about loyalty to her workers and her connection to the community, because otherwise she lives alone and projects a distancing solitude befitting a boss with a lot on her mind. The movie is enigmatic about Maria’s sexuality outside the butch hair and masculine attire, yet it’s hard not to attribute a fraction of attraction to how quickly she hires young, beautiful, new-in-town Rafaela (Rafaela Fuentes), recently laid off from a tequila factory after they meet at one of her employees’ kid’s birthday parties. 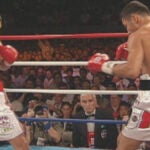 Rafaela’s a business asset, however, soon becomes indispensable to Maria. Though a clarification of whether it’s courtship or mentorship on Maria’s mind might have aided the film’s dramatic momentum, the boost she gets from Rafaela at her side makes for the film’s sweetest moments regarding Maria’s troubled disposition.

Fuentes, in real life, is an actual tequila factory manager (at the distillery where González filmed), and she’s one of a handful of acting first-timers in the film playing a version of themselves. The other significant role is transgender hairdresser Tatin (Tatin Vera), who cuts Maria’s hair and is shown as a thriving business owner herself thanks to Maria’s support and the ripple effect of having a working factory nearby.

The film’s notable matter-of-factness about gender identities and women-run businesses becomes another striking element in its depiction of this type of rural community; some societal changes do reflect a kind of progress, especially where a macho culture has long dominated. 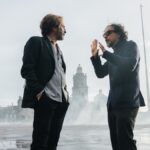 With the fusing of fictional sensibilities and non-fiction elements an increasingly appealing alchemy for filmmakers — particularly where capturing the authenticity of a place is concerned — González shows he’s as talented as anyone at this emerging genre’s rewarding visual and thematic possibilities. (His co-writers are Ana Isabel Fernández and Ilana Coleman.) Patience is one virtue he puts faith in. Viewers expecting a more confrontational or highly strung narrative, considering the central character’s dilemma, may be disappointed by the filmmaker’s quieter, more contemplative tone and discursive moments (like a shot of a cow wandering through brush).

Villains are mostly absent, save the brief appearance of a multinational’s van in town, which elicits a profane outburst from Maria. It’s what they reap that is palpable here.

In a sense, “Dos Estaciones” creates its own gripping shot-chaser cycle of moods, the accumulative effect of landscape beauty, grim news, observed process (the machinery of making tequila), and abiding solemnity from Sánchez’s commanding turn, giving us plenty to digest when the incident-heavy final stretch occurs.

“Dos Estaciones” opened in NYC September 9 and in LA September 16 before expanding nationally via Cinema Tropical.