Pill is eligible and will be submitted for Emmy consideration for her original song, “I Hate People,” which she performed at the show’s finale on VH1 in April.

Willow co-wrote the anthemic song about not liking anyone with Brett Leland McLaughlin and Gabe Lopez.

“The song ‘I Hate People’ was such a blast to work on because we wanted to go totally left of what the audience would expect,” Pill said of working on the number, in an exclusive statement to TheWrap. “The song is irreverent, catchy and tends to resonate with people after a rough 2 years.” 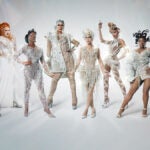 In a brushed gold gown that secretly featured three additional Willow heads, Pill churned out a high energy performance of the song on the finale episode, where she faced stiff competition from Lady Camden, Angeria, Bosco and Daya Betty.

“Inspired by ‘90s house music, I wrote some funky riffs with jazzy house chords when creating the music,” Lopez, who worked on the music for the song, said in a statement. “I added some hard-hitting beats with a disco flair. The track took about two hours to make.”

Brett Leland McLaughlin who worked on music and lyrics joked that the song has a special connection to Pill and Lopez.

“‘I Hate People’ is about bringing people together through hate. Writing this song with Willow Pill and Gabe Lopez was incredibly difficult because it is about them. I’m very proud of It,” McLaughlin said in a statement. “The process of writing ‘I Hate People’ was unfortunately extremely very easy. I wanted to write something that everyone could instantly relate to. The ‘Drag Race’ audience, especially the introvert community, seemed to respond very positively to the message of the song.” 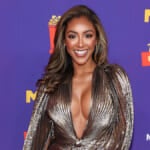 This marks the first time a “Drag Race” queen, from their season of competition, is being submitted for an Emmy. Previously contestants later joined the crew of the show and were nominated for Emmys that way, including Raven for makeup and Delta Work for hair.

Watch Willow perform the song below: