“Dune,” “Encanto” and “Summer of Soul” have won awards for sound mixing from the Cinema Audio Society, which presented its 58th annual CAS Awards on Saturday night.

“Summer of Soul” won the award for documentary film, while “Encanto” won for animated feature.

In the years in which Oscars had separate categories for sound mixing and sound editing, the CAS winner went on to win the Oscar in the mixing category about half the time. The two Oscar categories were combined into a single Best Sound category last year, with “Sound of Metal” winning both the CAS Award and the Oscar. 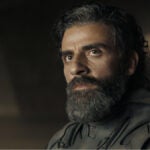 Winners in the television categories included “Yellowstone,” “Ted Lasso,” “Mare of Easttown” and “The Beatles: Get Back.”

The ceremony took place in the Wilshire Grand Ballroom at the InterContinental Los Angeles Downtown hotel and was hosted by Kirsten Vangsness. 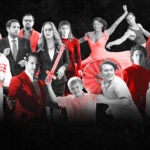