Dwayne Johnson explained his reasoning for not moving the production of his upcoming superhero movie “Black Adam” out of Georgia after the state passed controversial new voting laws.

The Rock said in an interview with THR on Wednesday that the laws, which the Justice Department is challenging, claiming they deny Black Georgians voting rights, had been put into place just as “Black Adam” was beginning production but that he had decided they were “committed” to the state.

“You start to feel pressure from a lot of different sides that you should stand up for something and you should leave if you don’t agree with the voting laws,” Johnson said. “I was adamant and clear that ‘Black Adam’ was not going anywhere. We had committed to the state of Georgia and to the people here in Georgia. And this is a place that we had filmed multiple movies over the years. And when you commit to our hardworking locals and their families, the last thing you want to do is just pick up and move. So we weren’t going anywhere. We [the film’s producers] had the conversation. It was heated for about a week.” 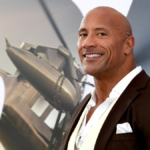 Hollywood was split over the decision to continue filming in Georgia or to launch another boycott as a means of protesting the laws. Will Smith and Antoine Fuqua’s “Emancipation” chose to leave the state for their production, saying “we cannot in good conscience provide economic support to a government that enacts regressive voting laws that are designed to restrict voter access.”

But “Black Panther 2” director Ryan Coogler chose to remain, saying that the ones most affected by the law are the “many of the people employed by my film, including all the local vendors and businesses we engage.”

In that vein, Georgia’s former gubernatorial candidate Stacey Abrams had urged Hollywood not to participate in a boycott. “Boycotts work best when the target of your boycott is responsive, and unfortunately we are not dealing with good actors here. The governor of Georgia is reveling in the potential of a boycott because it gives him someone to blame for his own actions,” Abrams said in a panel discussion back in April. 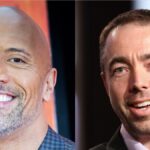 Also Read:
Dwayne Johnson to Star in ‘Red One’ for Amazon, Chris Morgan to Write Script

Johnson will next appear in Disney’s “Jungle Cruise.” “Black Adam” from DC and which is also directed by “Jungle Cruise” director Jaume Collet-Serra, opens in theaters July 29, 2022.