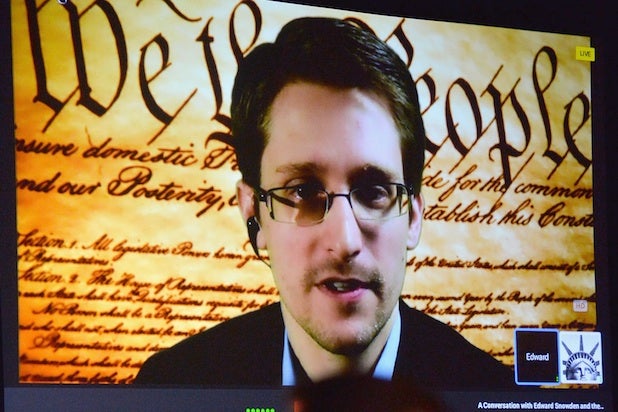 “Citizenfour,” a documentary about NSA whistleblower Edward Snowden by Oscar-nominated director Laura Poitras, has been added to the lineup of the 2014 New York Film Festival, the Film Society of Lincoln Center announced on Tuesday.

The film will have its premiere at the festival on Friday, Oct. 10, with Poitras participating in a free HBO Directors Dialogue program the following day. It will be released theatrically two weeks later, on Oct. 24, by RADiUS in association with Participant Media.

Poitras has an ongoing relationship with Snowden, who began anonymously emailing her in January 2013, when she was working on a film about enhanced national security measures after 9/11. Identifying himself only as “citizen four,” he offered information on security abuses, which led to a series of on-camera interviews with Snowden in Hong Kong.

The resulting film, said NYFF director Kent Jones in a press release, is “a brave documentary, but also a powerful work from a master storyteller,” and a work whose screening for festival programmers left the viewers “alternately stunned, excited and deeply troubled.”

Poitras’ past work includes the Oscar-nominated “My Country, My Country” and “The Oath.” She contributed to the Pulitzer Prize-winning coverage of NSA abuses by the Guardian and the Washington Post, and co-founded the digital magazine the Intercept with Glenn Greenwald and Jeremy Scahill.

The New York Film Festival kicks off on Sept. 27 with the premiere of David Fincher‘s “Gone Girl” and concludes on Oct. 13 with Alejandro Gonzalez Inarritu‘s “Birdman.”

[Photo is from Snowden’s video appearance at SXSW, not from ‘Citizenfour.’]