For his follow-up to the 2018 addiction drama “Beautiful Boy,” Belgian filmmaker Felix van Groeningen and his life-and-creative partner, Charlotte Vandermeersch, have delivered an Italian-language literary adaptation that might sound at first like a rather familiar song, especially if you’ve seen that other melancholy tale about two men forming and fostering a life-defining love at a steep elevation.

Van Groeningen and Vandermeersch’s “The Eight Mountains” – which premiered in competition at the 2022 Cannes Film Festival on Wednesday – is more than just a Dudes Rock “Brokeback Mountain.” Still, there is something to the comparison. Not for any narrative likeness – as a story about friendship, “The Eight Mountains” explores a bond more fraternal than romantic. But on a thematic front, the two very different titles share a bittersweet belief that while our most profound relationships may lift us up, they all too rarely save us.

Adapted from Paolo Cognetti’s bestseller, this two-and-a-half-hour film uses its leisurely runtime to explore the decade-spanning friendship of town-mouse Pietro (played as an adult by “Martin Eden” and “The Old Guard” star Luca Marinelli) and country-mouse Bruno (Alessandro Borghi, of “Suburra”), who meet as children on the alpine range where Pietro’s family vacations each summer. Recognizing in one another a vision of a different life, the two boys become fast pals before time (and filial rebellion) keeps them separate for years. 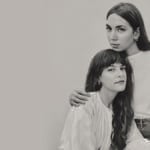 Meeting again in their early 30s, the two pick up as if not a minute had gone by, which reflects one of the film’s key insights: Those who reach a summit have nowhere to go but down, and for taciturn men, socialized to be strong-and-silent, not looking for a domestic partner and following very different paths, just building such an emotionally vulnerable friendship is no easy feat. Keeping it alive is even tougher.

Renovating an abandoned house high on a secluded mountain and returning annually with growing entourages and expanding families, Pietro and Bruno build a literal (and of course metaphorical) haven for their friendship, though they would never say as much out loud. In fact, they almost never communicate with one another throughout the harsh winters that leave the house inhospitable, saving their limited speech for the languid mountaintop days snatched out of time and from the seasons, which keep the peak more often than not snowed in.

Viewed in certain light, this kind of male-bonding picture might be the most common (and profitable) of all film styles, the engine that fuels so many genres from war dramas to buddy-cop flicks to Judd Apatow bro-downs to high-concept sci-fi comedies with “SNL” alums and SFX budgets.

But what sets “The Eight Mountains” apart is the degree to which co-directors van Groeningen and Vandermeersch strip away so much pretense and artifice, leaving nothing but a strong central question: What makes and prevents people from meaningfully connecting? The filmmakers then strike a refreshingly unsentimental tone when answering it.

That lack of sentiment is perhaps all the more surprising given the source material, which is certainly open to operatic overstatement as it ponders the Big Questions of life and death and family and guilt. It’s doubly surprising given the filmmakers’ previous collaboration on “The Broken Circle Breakdown,” a musical tearjerker that made audiences weep across the globe (as in prior work, only van Groeningen took top billing there).

Whatever the case, this particular mix of Northern European style and Southern European sentiment works wonders throughout the film, which fully embraces a degree of literary pedigree as it ruminates in quiet moments and voice-overs.

That being said, “The Eight Mountains” remains an impressive cinematic experience, capturing the sweep of the Italian mountains with handsome Academy-ratio photography from “Titane” cinematographer Ruben Impens while setting it against a soundtrack of bluesy tunes from Swedish songwriter Daniel Norgren. Time and again, the filmmakers succeed in capturing the majesty and melancholy of nature, and the glorious banality of the lives that pass through.