This story about Elle Fanning first appeared in The Limited Series/Movies issue of TheWrap’s awards magazine.

There is an astonishing moment late in Hulu’s limited series “The Girl From Plainville” in which Elle Fanning seems to simultaneously twist her face into the masks representing comedy and tragedy, the perfect distillation of her character’s shattered psyche. The fact that she does so in reaction to an extended fantasy sequence involving a high school show choir performing Wheatus’ 22-year-old one-hit wonder “Teenage Dirtbag” makes it all the more impressive.

Based on the 2014 death of Conrad Roy and the subsequent involuntary manslaughter trial of his girlfriend, Michelle Carter, “The Girl From Plainville” seeks to demystify a case primarily defined by tabloid headlines screaming about the dangers of texting and her manipulation that may have led to his suicide. It brings nuance to its portrayal of the complicated relationship between the teens.

In taking the role of Michelle, Fanning was offered an opportunity to delve into a complicated character who, while infamous to the world at large, felt largely unknown, particularly with regard to Michelle’s own psychological issues. “It felt like a version of mental health that we hadn’t seen,” Fanning said. “And it’s seven years of her life, so she’s definitely in different phases at different times and showing growth, but also isolation. I think she was so alone and so desperate for attention. 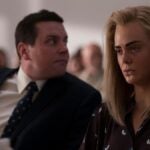 “There’s probably no one in the world more dramatic than a teenage girl,” she added. “But it’s amplified in her case.”

The actress isn’t kidding, particularly with regard to just how Michelle’s dramatics are handled in the series, which features several musical fantasy sequences—like the one set to “Teenage Dirtbag”—where the character’s obsession with the TV series “Glee” bleeds into her reality. In one moment, Fanning and co-star Colton Ryan (who portrays Roy) break into an elaborate musical number, performing REO Speedwagon’s “Can’t Fight This Feeling” in the middle of a public street.

“We were all very close on set, but the set was very intense,” Fanning said of filming the scene. “But that day was a very bright day for the crew. And it was kind of a breath of fresh air because we’re always sad and crying. It’s very emotional, but that day was just really fun.”

Throughout the series, these fantasies serve as a convenient reminder that the project is an adaptation of real-life events and not a journalistic record. Consulting producers on the show include Erin Lee Carr, who directed the documentary “I Love You, Now Die: The Commonwealth Vs. Michelle Carter,” and Jesse Barron, whose reporting on the case served as an important backbone to the series. But there are many unknowable factors that must be left open to interpretation.

“Jesse lived in the town during the trial and would interview friends and family and we had access to a lot of truths,” Fanning explained. “But her character as a person, there was not much available. I had the video from the courtroom, but that’s very physical. She doesn’t testify or speak.”

As for the burden of playing a real person, “of course you feel responsibility,” she said. “It crosses your mind because this is a living person. I’m sure if I watched a story of my life, I’d be like, ‘That’s nothing like what it was or who I am.’ We try our best, but I think we were more interested in getting the message across and making (the characterization) fit in the show.”

Part of that characterization focuses on long stretches in which Michelle doesn’t speak, specifically during her trial. In those scenes, Fanning had to rely exclusively on her face and body. “I will say it was kind of a relief after ‘The Great,'” she admitted. “I was like, ‘I don’t have to memorize any lines? This is great!’ So there was a sweet relief in it.

“Also, as a child actor, I will say I’m very practiced in observing, because when you’re a kid in movies, you’re always the person that’s there to watch the other people do the fun stuff.”

In “The Great,” Hulu’s anti-historical comedy, Fanning plays Catherine, Empress of All Russia, the person who actually gets to do all the fun stuff. With production beginning on the show’s third season in a matter of weeks, Fanning lit up when talking about it. “Catherine is the most special character I’ve ever played, for sure,” Fanning said. “And I feel that I’ve grown through playing her. I’m a more assertive person. I’ve grown through navigating the world that she’s navigating. And I know that there might not be another character that comes along that’s as amazing as she is. She really gets to do it all.” 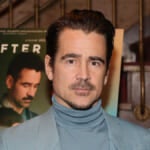 And while Fanning might not encounter another character as special to her as Catherine, the bright side is that she did rule Russia for more than 30 years. Would she consider returning in a few decades to finish out Catherine’s reign?