Elvis has re-entered the building.

Warner Bros. has released the first trailer for director Baz Luhrmann’s “Elvis,” starring Austin Butler in the title role, Tom Hanks as Colonel Tom Parker (that accent!), and Olivia DeJonge as Priscilla. And it’s about what you’d expect from a biopic of The King by the man who made “Moulin Rouge!” – a Technicolor fantasia about one of the 20th century’s most fascinating pop culture icons. (That moment where his costumes change magically while he’s on stage is incredible.) Lots of talk about destiny and obviously some allusions to Presley’s tragic death at age 47. It also looks more politically charged than was maybe expected, exploring the ways that Elvis intersected with the Black community and their continued struggle.

And while the movie doesn’t open until June 24, TheWrap was treated to an early screening of the “Elvis” trailer (which you can watch above), alongside a virtual Q&A with Luhrmann and Butler, moderated by the great Nelson George. 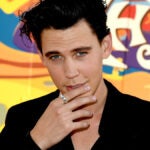 Before the trailer even ran, Luhrmann talked about how he loved the artform of the preview. “Trailers are doors that open up onto a movie,” Luhrmann said. He also stressed, from the get-go, that “Elvis” was, “number one, a movie for theaters.”

When discussing his Elvis movie, he said it’s actually about America. “’Amadeus’ – it’s not really about Mozart, it’s about jealousy,” Luhrmann said. “In this modern era, Elvis couldn’t have been a better canvas to explore America in the 50s, 60s, and 70s.” (Elvis died in 1977.) For Butler, the appeal was equally grand – “fundamentally getting to explore the humanity of somebody who has become the wallpaper of society.” He admitted that these were “huge shoes to fill,” he was able to go on a journey with Elvis, saying that he was cast when he was 26 and he’s 30 now.

And then, of course, there are the musical numbers. “When I began the process of this, I wanted to get my voice to sound identical to his,” Butler said. And Luhrmann said that the young Elvis songs are all Butler; when he gets older there are some blending of material, with both Butler and Presley in the mix (literally). Early recordings, Luhrmann said, were “nostalgia-sounding.” Re-playing them would be “a photocopy of a performance of a record.” 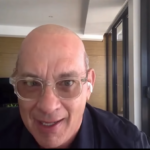 For Luhrmann, he was struck, while watching early Presley performances, that “there was something real punk rock.” The question became, how do you “translate strange and shocking to a contemporary audience” that has seen it all. Butler took full advantage of the time waiting to be cast. “I think I had a long time to study,” Butler said. “We had about six months before I was cast just to play. I watched as much as I could, over and over and over.” In fact, Butler said, there wasn’t much, during the entire process, that he read or watched that wasn’t Elvis related.

And when it comes to the political dimension of the movie, Luhrmann could identify with Elvis. “I am the ultimate outsider,” Luhrmann said of growing up in a town the size of a postage stamp in Australia. He cited how Elvis was referred to as “The only white face on Beale Street,” and how that cohabitation led to trouble later in life (a tension that will be dramatized in the film). “He’s becoming a problem, with jumping the race line,” Luhrmann said.

Of course, we’ll know much more about Elvis and those swinging hips when the film hits theaters on June 24.