In a raw new trailer for Antoine Fuqua’s “Emancipation,” Will Smith’s Peter endures the horrors of slavery and eventually escapes, makes a run for freedom and enlists in the Union army.

Per the film’s official logline: “‘Emancipation’ tells the triumphant story of Peter (Will Smith), a man who escapes from slavery, relying on his wits, unwavering faith and deep love for his family to evade cold-blooded hunters and the unforgiving swamps of Louisiana on his quest for freedom. The film is inspired by the 1863 photos of ‘Whipped Peter,’ taken during a Union Army medical examination, that first appeared in Harper’s Weekly.”

The “Emancipation” trailer concludes with images of Peter’s whipped back, specifically a reenactment of an image known as “The Scourged Back,” which was published in 1863 and was instrumental in raising awareness to and public opposition of the immorality of the slave trade. 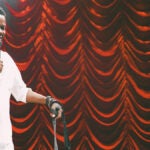 The film’s palette remains almost sepia in visual tone, as Smith’s narration about an unbroken spirit sells Fuqua’s grim and presumably violent true-story drama as empowering and uplifting. It also at least somewhat teases a righteous R-rated action drama from the man who helmed “The Magnificent Seven,” “Tears of the Sun” and “The Equalizer.”

Early buzz for the film is positive and Apple is planning a full awards campaign after holding a star-studded debut on last month in Washington D.C. and screened for the Los Angeles Lakers days later, but actual reviews are still under embargo. In the meantime, much of the conversation around “Emancipation” will presumably revolve around Smith’s controversial Oscars slap, in which he walked to the stage and slapped host Chris Rock in reaction to a joke related to Jada Pinkett Smith. Smith resigned from the Academy days later, and was banned from attending the Oscars gala or other related Academy events for 10 years. That, however, doesn’t mean “Emancipation” and its participants, including Smith himself, can’t find themselves up for Academy consideration. 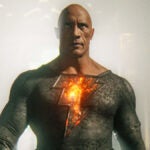 “The film to me is bigger than that moment,” Fuqua told Vanity Fair on the matter. “Four hundred years of slavery is bigger than one moment. My hope is that people will see it that way and watch the movie and be swept away with the great performance by Will and all the real hard work that the whole crew did.”

“Emancipation,” starring Smith, Ben Foster and Charmaine Bingwa, will play theatrically on Dec. 2 before arriving on Apple TV+ Dec. 9. Directed and executive produced by Fuqua, and written by William N. Collage, it is produced by Smith and Jon Mone on behalf of Westbrook Studios, Joey McFarland on behalf of McFarland Entertainment and Todd Black on behalf of Escape Artists.

Also Read:
‘Tár’ and ‘Everything Everywhere All at Once’ Lead Gotham Awards Nominations: Complete List
x