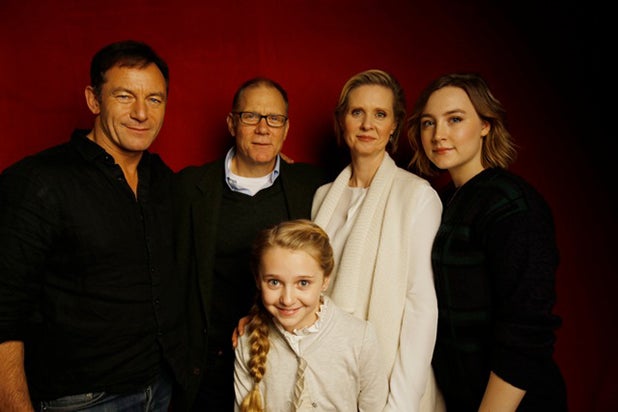 The phrase “a Lifetime movie” usually conjures up a specific type of film — one geared for a female audience and typically genteel. In recent years, the network’s Emmy nominees have included “A Trip to Bountiful,” “Georgia O’Keeffe,” “Prayers for Bobby,” “Coco Chanel” and “Why I Wore Lipstick to My Mastectomy.”

But “Stockholm, Pennsylvania,” which the network bought out of the Sundance Film Festival this year, might be the least Lifetime-y movie Lifetime has ever aired. The dark, emotionally wrenching story of a girl who is returned to her parents almost two decades after being kidnapped and held in a basement by a man who dotes over her, it etches fine lines between love and control, bonding and brainwashing.

“I grew up at a time when I remembered a lot of kidnapping and reunion stories, and I think it really affected my worldview,” writer-director Nikole Beckwith told TheWrap at Sundance, where “Stockholm” premiered. “I thought about how vulnerable it is to be a child growing into a woman in a predatory culture, and I thought of this as a window into a story about love and relationships and identity and nature versus nurture.”

In the film, Irish actress Saoirse Ronan plays Leanne, a girl who is kidnapped at the age of four by a man (Jason Isaacs) who holds her for 17 years, renaming her Leia and lying to her about why she can never leave the house.

“One of the first questions I asked Nikole was whether any particularly stories inspired the script and the play, [on which it was based]” said Ronan. “I was relieved, actually, when she told me that she hadn’t done any research on those stories, because the real-life stories are very specific to those women. For what we wanted to do, my reference wasn’t real cases. It was the script.”

Added Isaacs, “The situation that Nikole has imagined is completely atypical compared to what’s in the papers. This is not a story of abuse and rape and forced abortion and all the rest of it. So I created an entire backstory and life that led me to the point where I needed to have somebody in the basement who meant everything to me.”

Also Read: Emmy Wrap: James Nesbitt Delves Into the Darkness in 'The Missing'

The film flashes back to the years of captivity, but its focus is on what happens when the girl — who identifies as Leia, not Leanne — is returned to the home she’s forgotten. Cynthia Nixon plays a mother who’ll go to any lengths to reclaim a lost emotional connection, which leads the story into darker, more melodramatic terrain.

“To me, one of the main themes of the story is when you’re raising a child, what kind of freedom do you allow that child?” said Nixon. “How much do you want to imprint that child with all the things that you think are wonderful, and make sure they don’t like the things that you think are terrible? And how much do you create an environment in which they can discover those things for themselves?”

Beckwith’s film is deeply creepy, with an unsettling ending that’s hard to take and hard to shake. In other words, it’s a story for those weaned on independent film and the darker edges of cable TV. “For me, the story is about themes of connection,” said Isaacs. “What makes us who we are, what makes us love, what makes us lose, what defines us as a personality?”