“Empire of Light,” the latest feature film from Oscar winning director Sam Mendes, has locked its European premiere with a gala screening at the 66th annual BFI London Film Festival.

Starring Olivia Colman, Michael Ward, Colin Firth, Toby Jones and others, the 1980s–set film “is a powerful and poignant story about human connection and the magic of cinema,” distributor Searchlight Pictures said in a statement.

The film’s stars – including Colman, Firth, and on-the-rise BAFTA winner Ward – are expected to be in attendance at the festival’s American Express Gala screening on Oct. 12. Additional talent in attendance will cast mates Tanya Moodie, Tom Brooke and Crystal Clarke.

“I’m absolutely delighted to be included in this year’s BFI London Film Festival as the AMEX Gala screening,” Mendes said in a statement. “‘Empire of Light’ is a very personal movie for me, and I can’t wait to show it in my home town.” 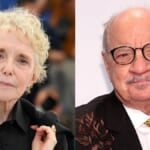 BFI London Film Festival Director Tricia Tuttle added: “When I read that Sam Mendes’ next project was centred around a cinema, I was so excited about the possibility of being able to present it in the BFI London Film Festival. Mendes is a masterful storyteller and here vividly captures a sense of the South coast of England in the 1980s. ‘Empire of Light’ explores the importance of community, the power of storytelling and of the movies, specifically the thrill of watching a film in a dark cinema, and the tactile pleasures of celluloid. And these are themes so close to our hearts at the BFI. The entire ensemble cast is truly exceptional, with Olivia Colman and Micheal Ward offering stunning central performances. We are so looking forward to presenting the European Premiere of Empire of Light as the American Express Gala at the 66th BFI London Film Festival.”

Colman and Firth just worked opposite each other in last year’s “Mothering Sunday,” playing husband and wife. “Empire of Light” will also bring Mendes and Oscar-winning cinematographer Roger Deakins (“1917”) back together. The film is scheduled for a theatrical release on Dec. 9 in the U.S. and Jan. 13 in the U.K. 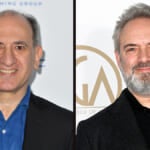