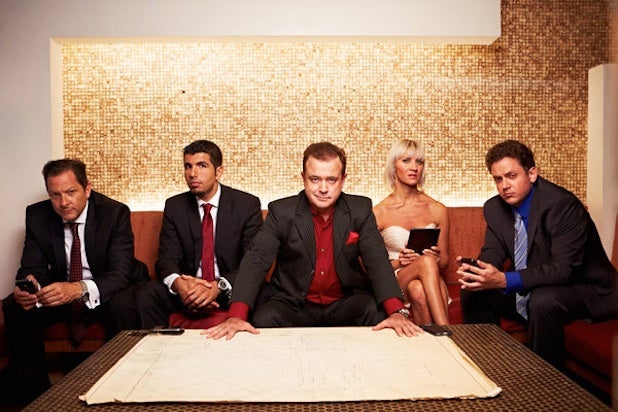 To take a quote from “Field of Dreams,” Esquire Network has learned that “if you build it, they will come.”

The cable network heads into its second big original programming push on Tuesday with five new series with the encouragement that its finding its audience.

Esquire Network launched on Sept. 23 and followed that with eight new primetime series and two specials. Since its debut, the audience for its originals in primetime has gone from 20 percent male for Style Network to 60 percent male for Esquire, according to Nielsen data.

Male audiences for the network’s primetime original series are up 87-113 percent in the 18-49 demographic versus the same time last year for Style. And, they skewed male from the get-go with their premiere audiences leaning 56-69 percent male.

On top of that, the network is seeing the type of men it targeted are indeed tuning into the network: Educated, higher income, metropolitan men.

NBC Universal’s eleventh hour decision to replace Style Network instead of gamer channel, G4, in September certainly caught the cable channel’s viewers by surprise as their favorite shows seemingly disappeared. (NBCU is in the process of moving series to sister NBC Universal networks such as E! and Bravo.)

The initial backlash clearly hasn’t hampered the network from continuing its brand makeover as some viewers believed it would.

Its success among men is encouraging as it sets this Tuesday’s premieres for “Risky Listing,” a docu-series set in the world of New York nightlife real estate, and “White Collar Brawlers,” which pits office adversaries against each other in a boxing ring. Wednesday’s new offerings include the much-anticipated “How I Rock It,” its style show hosted by NBA player Baron Davis, and “Alternate Route,” a cross-country trip celebrating Americana.

The network has also announced two additional specials: Tuesday’s “Women We Love,” inspired by the self-explanatory magazine feature, and “Best Bars in America,” which airs Dec. 5 to honor the 80th anniversary of the repeal of prohibition.