Evan Peters is the latest actor to take on the role of notorious serial killer Jeffrey Dahmer and, as expected, his performance looks quite chilling.

Netflix released the first trailer on Friday for Ryan Murphy’s latest series, “Dahmer — Monster: The Jeffrey Dahmer Story.” In it, Peters’ version of Dahmer is determined to make sure his neighbors don’t find out about his nefarious activities.

The video opens with Dahmer bringing a man back to his apartment, who immediately complains about the smell emanating from the room. Behind him, Dahmer locks the door and closes in on the man and, while his murder isn’t shown, it’s heavily implied. 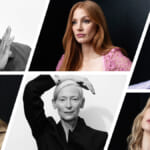 Much of the rest of the trailer is consumed by Dahmer’s neighbor, played by Niecy Nash, trying to get to the bottom of what’s been going on next door. She asks Dahmer why his apartment smells and why he runs power tools at all hours. “I hear screaming coming from your apartment,” she says.

As an apology gift, Dahmer brings her a sandwich that appears to have some kind of meat on it (which, considering the killer at some point was known to dabble in cannibalism, we can all assume is human).

And while Dahmer’s eventually caught, the trailer ends with Nash’s character yelling at police that they’ve come too late. You can watch the entire trailer above.

Here’s a logline for the series:

Between 1978 and 1991, Jeffrey Dahmer gruesomely took the lives of seventeen innocent victims. DAHMER – Monster: The Jeffrey Dahmer Story is a series that exposes these unconscionable crimes, centered around the underserved victims and their communities impacted by the systemic racism and institutional failures of the police that allowed one of America’s most notorious serial killers to continue his murderous spree in plain sight for over a decade.

The series was created by Murphy and Ian Brennan and is executive produced by Peters, as well as Alexis Martin Woodall, Eric Kovtun, Janet Mock and Carl Franklin. Rashad Robinson is a consulting producer. 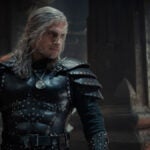