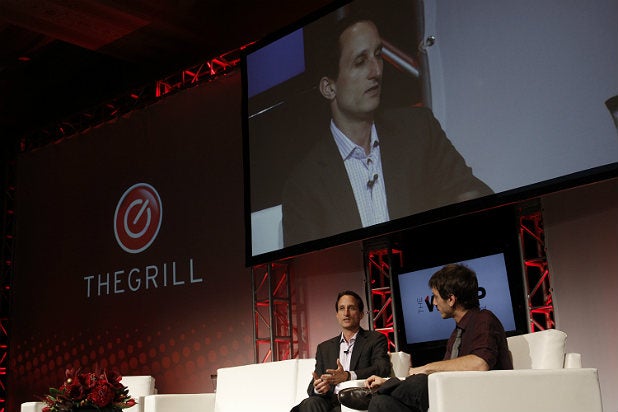 Top innovators, talent and executives descended on TheWrap’s fourth annual media leadership conference TheGrill this week, weighing in on everything from a la carte cable to the impending “Breaking Bad” finale.

1.) Established Market Leaders Must Take Risks to Stay on Top
From ESPN offering free sporting events via WatchESPN to USAToday reorganizing its newsroom around producing web stories, top media companies are devoting enormous resources to staying ahead of the curve.

Yet, some of those new offerings are in conflict with established revenue-drivers.

ESPN, for instance, gets most of its massive profits from television advertising and carriage fees — something that providing live sporting events online undermines. Likewise, USAToday Publisher Larry Kramer acknowledged that web ads still provide pennies on the dollar compared to print, but said the paper needed to change directions to meet the needs of readers.

The results of that kind of bold and persistent experimentation were perhaps best exemplified by Netflix, which has completed its pivot from DVD delivery business to streaming. On Sunday, Netflix won a best director Emmy for “House of Cards,” an acclaimed look at Beltway in-fighting — and Sarandos said that the company could produce as many as 20 original shows a year.

Innovation may not be comfortable, but it’s essential to keeping a crown.

2.) Change is Coming to Cable, Whether it Likes it or Not
FX Networks CEO John Landgraf claimed that the push by lawmakers like John McCain to give viewers the option to pick and choose channels threatens cable’s creative renaissance. ESPN’s Skipper took up the mantle by claiming that the economics of cable bundling is more attractive than an a la carte model — at least for now.

However, even old media executives acknowledged that streaming services like Hulu and Netflix are giving viewers more options if they decide to cut the cord and copped to the fact that the rising cost of cable is a concern.

Yes, McCain’s legislation has about as much chance of becoming law as a resurgence in the laser disc market, but the rise of online video is likely to lead to fragmentation in the entertainment industry. That means the cable business will look very different a few years from now.

As the founder and CEO of  Aereo, a satellite service that allows users to get access to broadcast television, Chet Kanojia said, “”People want choice, people want simple.” And, he added, they don’t like to pay bills.

3.) Everyone’s Obsessed with “Breaking Bad”
Even Hollywood stars can’t wait to find out if Walter White and his family make it out alive.

4.) Indiegogo, Facebook, YouTube: Creators Have More Power Than Ever
Movie stars, directors and artists are tapping social media sites to connect with fans, finance their movies and distribute their passion projects. Getting “digital” is no longer just having a Twitter profile. Firms like TheAudience guide celebrities through the maze of internet services, while established talents like “Garden State”s’ Zach Braff and producers Michael Shamberg and Stacey Sher got the quirky comedy “Wish I Were Here” made by hitting Kickstarter, tin cup in hand.

Asking for money isn’t just a good way to fund a film, it’s also a great way to advertise.

“What we are going to see is studios recognizing the value of unleashing a fan base early before the film comes out, as a tactic to actually identify social influencers online,” Indiegogo co-founder Danae Ringelmann said.

5.) Dismiss PewDiePie at Your Own Peril
The content on YouTube is better than you think — and with an audience of more than a billion people a month, the online video site’s reach is vast.  With that kind of fanbase, that means that PewDiePie, the Swedish video game commentator with a goofy name, is a star.

Yes, it’s hard to monetize on YouTube. But that’s no excuse to dismiss it.

Also read: TheGrill: Bill Maher on Why He’ll Never Win an Emmy – Not ‘If You’re Gonna Be the Brave One’ (Video)

“In the early days of cable, the big networks were sitting around doing the same thing … My kids know two things: They know YouTube and Neflix,” said Rich Raddon, co-founder of ZEFR, which helps content owners and brands make more money on YouTube, adding, “You’ve got to have some vision here.”

6.) Here are 6 companies to Watch in 2014
During a wide-ranging discussion with a trio of new media impressarios like Raddon, Tumblr’s David Hayes and Lowercase Capital partner Matt Mazzeo, TheWrap got the skinny on the up-and-coming companies that are about to make some major noise. You may not have heard of self-distribution system VHX, digital storefront Chill, dating site Tinder, secret sharing app Whisper, tracking service Quantified, and publishing tool Medium … but you will.

7.) Bill Maher has a Shotgun — and he’s Keeping it
The “Real Time” host said he’s happy to leave target practice behind if Democrats ever get serious about gun control. Despite recent mass-shootings at the D.C. Navy Yard and at Sandy Hook Elementary, he said that party leaders like Joe Biden keep cozying up to the gun owners and as long as they’re busy gnawing at the edges of the issue, he’ll keep packing.