Ready to visit a galaxy far, far away? Or at least the ship that takes you there?

Star Wars: Galactic Starcruiser, the two-day experience that plops you into your very own “Star Wars” story, is nearly here. The interactive theater exhibition/hotel hybrid, a first of its kind, is set to open next week in Walt Disney World, just outside of Orlando, Florida, where guests are fully immersed into a new “Star Wars” story throughout their stay as they interact with characters and make choices that impact the adventure that unfolds.

While its opening is imminent, questions remain about what, exactly, you can do onboard the Halcyon (the in-universe name for the starship). 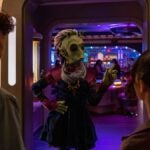 Thankfully, TheWrap attended a media preview event for the Star Wars: Galactic Starcruiser hosted by Disney, and we have a list.

Spoilers for the Star Wars: Galactic Starcruiser follow. But if you’ve already booked a trip, come back afterwards.

What would a hotel (or cruise ship) be without a signature bar? The Halcyon is no different. The Subspace Lounge, named for that bluey smear when you jump into hyperspace, is an intimate space, with very “Star Wars”-y booths (somewhat reminiscent of Oga’s Cantina in Star Wars: Galaxy’s Edge) and a pair of odd creatures in glass jars on either end of the bar top. (Canonically, these creatures help create the drinks you can enjoy.) This is also where you can enjoy a lively game of Sabacc. More on that in a minute.

Lovable droid alert! SK-62O is the astromech droid (like R2-D2) on board the Halcyon. He is a key element to the unfolding story and interacting with him will aid in your quest. Plus he’s just insanely adorable; his color scheme is great, we love his little antennae, and his bloops and bleeps (sometimes deeply sad) punctuate several big moments. Anytime he pops up, it’s hard not to be delighted.

Interact with the crew

The crew of the Halcyon is the Star Wars: Galactic Starcruiser’s secret weapon. These performers are great, and the characters that they inhabit are unforgettable. Almost from the moment you board, you can chat with these characters, whether its plucky new mechanic Sammie, stalwart Captain Keevan, or squirmy Raithe Kole (one of several characters who orbit lounge singer Gaya). They become a part of your story, they remember who you are and know how you’re progressing, and they can help you along the way whenever you need them to.

Lounge singer Gaya entertains you during dinner. At one point you get up out of your seat and boogie along with her and her band. And it is good.

Aid the Resistance or the First Order (or yourself)

While on the Halcyon you carve your own path, choosing the Resistance, First Order, or somewhere in between (as a smuggler like Han Solo). Every decision you make, every character you interact with, every mission you complete while on your “shore excursion” to Star Wars: Galaxy’s Edge, will inform and be informed by your allegiances. And those allegiances can shift and change as your adventure goes along. What side will you choose? 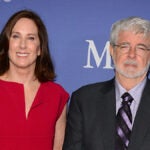 You might have been in a “Star Wars” vehicle that’s jumped to lightspeed, whether its as part of Star Tours or during the course of Millennium Falcon: Smuggler’s Run. But have you ever helped jump a massive starcruiser to lightspeed? Probably not. But you can on the Halcyon. There are several events that happen on the bridge, and every time the captain (or one of the new visitors) jump to lightspeed, it is deeply satisfying.

Train with a lightsaber

One of the most highly anticipated aspects of Star Wars: Galactic Starcruiser is the lightsaber training. And it rules. Groups of about 25 are brought into a room and taught how to use a lightsaber, using a system not unlike the one Luke trained with in the original “Star Wars.” Your instructor is terrific, and the way that you change from wielding a lightsaber to using a magical shield is a lot of fun. Full disclosure: It also gives you quite a workout.

While the events of Star Wars: Galactic Starcruiser are set strictly in between the events of “The Last Jedi” and “The Rise of Skywalker,” plenty of your favorites from the original and sequel trilogy show up. Yoda crashes your lighstaber training (and later shows up in Force-ghost form), C-3PO and R2-D2 appear on a monitor (so does Hondo Ohnaka), and Rey and Kylo Ren actually board the ship and eventually duke it out.

Get hassled by Stormtroopers

Is it even a “Star Wars” event if you aren’t getting hassled by Stormtroopers? Didn’t think so. 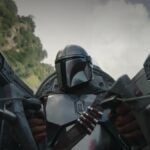 Also Read:
Which Episodes of ‘The Book of Boba Fett’ Actually Feature The Mandalorian?

This is actually another surprising aspect of the Star Wars: Galactic Starcruiser – you actually get to go outside! There’s a “relaxation chamber” you can retreat to that actually recreates the atmosphere of Batuu which means, basically, it has no roof. What’s more, there’s a little show scene in this area, where you can use the Force to move a rock.

A huge part of any cruise is the food, and the Star Wars: Galactic Starcruiser is no different. Only this time, the food is very different. Unique bao buns, gelatinous deserts that look like tiny glittering jewels, and blue shrimp are just a few of items on the menu. Your fearlessness will be rewarded.

Communicate with a different type of droid

One of the cooler aspects of Star Wars: Galactic Starcruiser is the interactive droid in each stateroom. D3-O9 is a fully formed character who lives in a small screen in your room and who can help you during your quest (sometimes she’ll ask you for help too). She might not be totally working in every room all the time, but seeing her in action is very impressive.

The game that got Han Solo the Millennium Falcon off of Lando, Sabacc is a huge part of “Star Wars” lore. And now you can play your own game of Sabacc in the bar area. And this time it’s hologram Sabacc! (Even cooler!) And your datapad should track all of your winnings and losings.

The Halcyon has a very well-stocked gift shop, full of items exclusive to the Star Wars: Galactic Starcruiser including (but not limited to) models of the Halcyon, articles of clothing that you can use to tell your story, and a special Sabacc set. Yes, the Starcruiser is expensive in the first place, but you should still probably save some cash to spend in the store.

The forces of good and evil finally clash, as they often do in “Star Wars,” and you get to watch it unfold. Kylo Ren battles Rey in a skirmish embroidered with pyrotechnics, special effects, animatronics, hidden treadmills, and sleight of hand. Prepare to be thrilled.

At the very end of your voyage, like at the end of every Disney Cruise or every night at a Disney theme park, there are fireworks. And these fireworks are fired off the front of the ship, and you watch them explode in the seeming starfield, set to John Williams’ immortal music.

The media event attended by TheWrap was paid for by Disney.