CBS Films may have the next low-budget horror hit on its hands with “Afflicted,” judging by early reactions from mainstream and genre press at the Toronto International Film Festival and Austin-based Fantastic Fest. 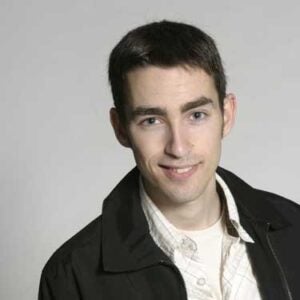 The only Canadian movie in Toronto’s Midnight Madness lineup “Afflicted” is a low-budget indie film written and directed by Clif Prowse and Derek Lee, who also star as themselves. The duo spent several years making the film with longtime collaborators Zach Lipovsky (pictured left) and Chris Ferguson, who met in elementary school and produced “Afflicted.”

Though Lipovsky is a director at heart (he recently wrapped “Leprechaun: Origins”), the “Afflicted” producer remembered it was his job to help Prowse and Lee achieve their vision.

“I wanted to do whatever I could to help them make the best film they wanted to make,” Lipovsky told TheWrap. “We worked closely and collaboratively, almost like Pixar. I just wanted to provide them with the tools they needed without watering down their vision.”

To hear him describe it, “Afflicted” is an action-packed genre film shot documentary-style that follows two best friends, one of whom starts to get “sick” in a foreign country. But the nature of his disease — which gives him incredible strength and power — is a mystery.

“Clif and Derek had the idea to make an action movie, but it was way too expensive. So Clif decided to come up with something really small that felt really big, and one of those ideas was a documentary about vampires. We wanted to treat the story in a grounded way that allowed us to still do action, gore and the typical genre beats while practicing our craft.”

The four filmmakers and their 10-person crew told curious bystanders that “Afflicted” was a documentary while shooting in Paris, Italy and Spain. With only one light pack, their director of photography was forced to rely on “the natural beauty of the film’s European locations,” according to Lipovsky.

“It blurs the lines of a documentary, since Clif and Derek’s friends and family play themselves in the film. The two of them starring really came out of necessity. Not only did it keep the budget low, but it was more practical, because we could do reshoots whenever we needed to since they owned the camera,” said Lipovsky.

Also Read: Let’s Get Scared: Why Horror Movies Are Immune to the Digital Onslaught (Video)

Shot on a budget of several hundred-thousand dollars in 2010, “Afflicted” was backed by Telefilm Canada, with the help of the filmmakers’ friends and families. The filmmakers cut together a trailer and, in a complete coincidence, shopped the project the same weekend that 20th Century Fox opened “Chronicle,” a found-footage movie about super-powered teens that also hailed from a first-time filmmaker.

“It wasn’t planned. We actually shot before ‘Chronicle’ came out, but ended up taking out some shots that were too similar to that movie. It was pure coincidence,” said Lipovsky, who cites the Spanish horror film “REC” as an inspiration.

Verve handled the sale, as agent Adam Levine represents Prowse, Lee and Lipovsky. Producer Brian Kavanaugh-Jones saw something special in “Afflicted” and quickly snapped up the rights in a deal rumored to be in the low six-figure range.

“Brian insisted we put a chase scene in Italy back into the movie, and he really helped us tighten the script to bring out the most commercial elements,” Lipovsky said. “Action scenes replaced some dialogue-heavy scenes. I mean, it wasn’t quite mumblecore, but there were more character-driven scenes. … You care about the characters a lot more than you expect.”

Eventually, the movie was screened for distributors, with industry heavyweights shaking in their boots next to regular audience members. FilmDistrict aggressively chased the title, but in the end, CBS Films came away with it in a deal that insiders say was in the low-seven figure range, including some production budget to properly finish the film.

“It’s a Cinderella story,” Lipovsky said. “CBS really believed in it and wanted to push it theatrically. They wanted to make it bigger while retaining the heart of the film and its indie horror spirit. With their help, we did a bunch of reshooting in order to really go for it. It was about a month of additional shooting, and that helped it go from a small, indie film to a bigger, more commercial movie, while keeping what was so cool about it in the first place.”

“Afflicted” has the potential to be a sleeper success in the vein of “Chronicle,” which grossed $126 million worldwide. After all, microbudget horror movies such as “The Purge” and “Insidious: Chapter 2” have produced profit margins that would make most blockbusters envious.

“Afflicted” also leaves the door open for a sequel, though Lipovsky says it’s too early to discuss what direction it could take. For now, he’s focused on cultivating the buzz from Toronto and Fantastic Fest, where the film screened on Friday night with Prowse, Lee and Ferguson in attendance.

CBS Films will release its semi-homegrown acquisition in 2014 and is likely encouraged by the strong early word-of-mouth “Afflicted” has garnered at festivals. Regardless of the distribution details, the studio is paying close attention, and genre fans should too.