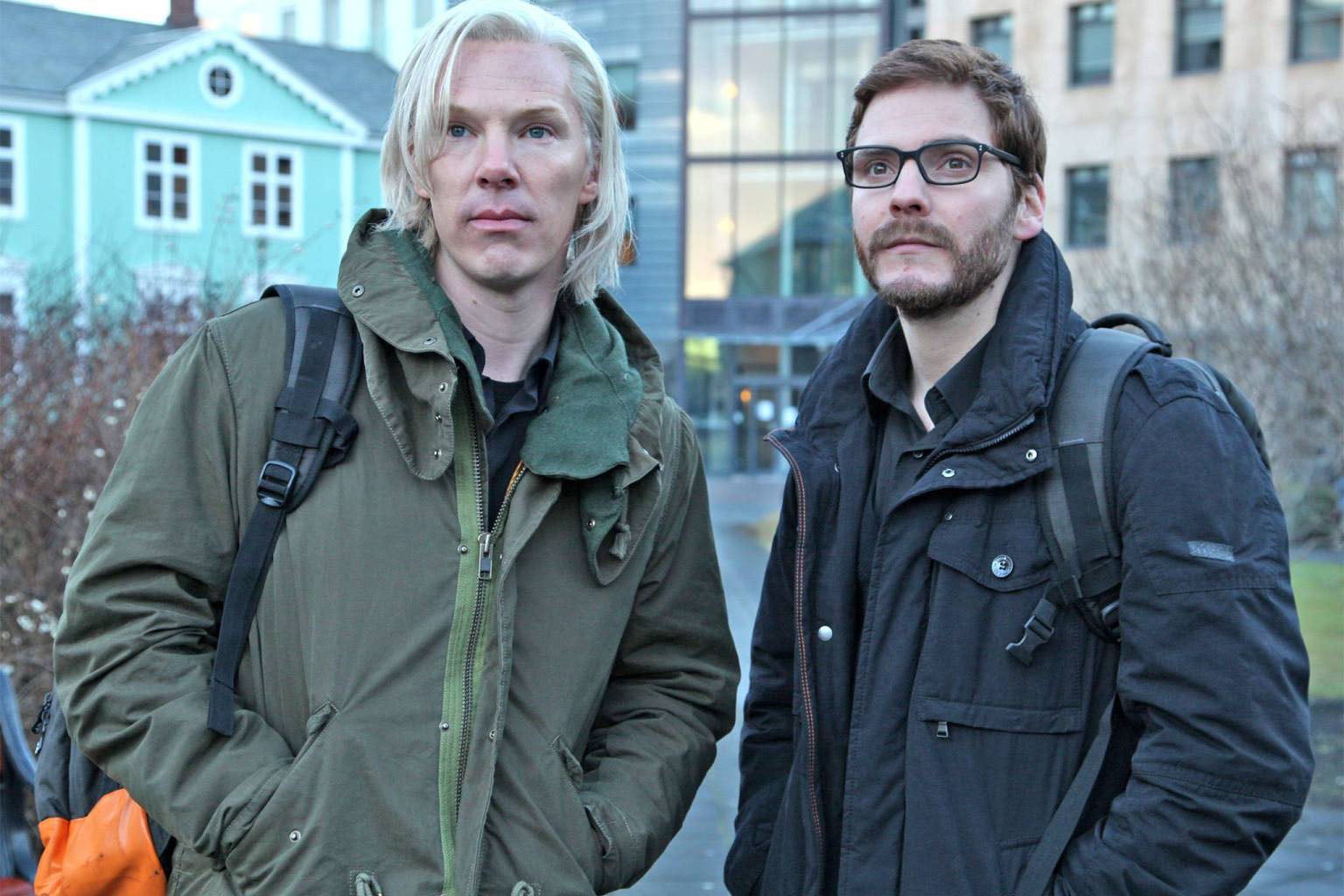 “The Fifth Estate” feels a little bit like a real-life Batman movie, at least in terms of embodying the adage, “you either die a hero, or live long enough to see yourself become a villain.”

Bill Condon’s first post-“Twilight” film offers a compelling, complex portrait of the Wikileaks founder, and yet it will probably do precisely what the actual Assange fears – namely, paint him as a demagogue whose commitment to institutional corruption is more self-aggrandizing than sincere.

A glossy, engaging chronicle of alternative media’s transition from redheaded stepchild to 800-pound gorilla – and one of its figureheads’ accompanying gains and losses – “The Fifth Estate” is a first-rate docudrama whose central theme doubles as a message well-heeded by its audience: namely, don’t believe everything you see.

Benedict Cumberbatch (“Star Trek Into Darkness”) plays Assange, a scruffy computer hacker who can’t get anyone to pay attention to his website, the nonprofit news-leaking Wikileaks. Recruiting Daniel Domscheit-Berg (Daniel Bruhl) to help with technical support, not to mention get the site some publicity, the two men gain notoriety by exposing corruption at Swiss bank Julius Baer, and releasing video footage of a Baghdad airstrike that revealed U.S. bomb strikes on civilians.

After receiving some 391,000 U.S. army field reports that expose civilian deaths and other military cover-ups, Assange and Domscheit-Berg reluctantly partner with traditional American and European media outlets to parse the material for publication. But when Assange pressures Berg to publish the documents without properly protecting the names of people whose identities would be revealed, jeopardizing their lives, a rift forms between the two of them as they battle over what is more important – government transparency or individual privacy.

Adapted by Josh Singer (“Fringe”) from two different books about Wikileaks, including one by Domscheit-Berg, what the film does best is create a trajectory for Assange that puts audiences squarely on his side and then slowly confronts them with the potential repercussions of uncovering institutional secrecy. In Condon’s “origin story” for alternative media, Assange plays both the hero and the villain, representing an admirable commitment to unvarnished truth and at the same time a dangerous indifference to the careers ruined and in some cases, lives lost as a result of exposing it.

Notwithstanding Condon’s silly representation of Wikileaks “headquarters” as a barren wasteland covered by newsroom paraphernalia, Condon mostly avoids repetition in his (perhaps necessary) depiction of Assange and Domscheit-Berg pecking away at their computers. But in portraying their relationship almost as a platonic romance, Condon isn’t even-handed enough about its seemingly inevitable deterioration – if that balance ever interested him – to make us sympathetic to both sides, inevitably validating Domscheit-Berg as the voice of reason while vilifying Assange as a sociopath.

As the enigmatic Australian at the heart of the story, Cumberbatch lends Assange more than superficial charm to win our sympathies, but the film’s eventual clarification of his behavior – uncovering everyone else’s secrets so that he can conceal his own – oversimplifies the ambiguity the actor lends his real-life counterpart. Meanwhile as Domnscheit-Berg, Bruhl plays spectator to Assange’s transformation — initially enchanted by his idealism, but eventually alienated by his fractious inflexibility – but he makes the character into something more substantial than merely an audience proxy.

The movie does its best to discredit itself, perhaps in a pre-emptive attempt to avoid criticisms of its one-sided portrayal of Assange, and even goes so far as to include an epilogue in which Cumberbatch’s character condemns it. But Condon seems to want to have his cake and eat it too, making a film could defensibly be described as being both directly about Assange and “just” the whistleblower media that arose from his success, in the process never quite justifying either his secondhand dramatization of Wikileaks’ reporting nor his dubiously one-sided portrait of the site’s founder.

Bereft of the context, and more importantly, counterbalance to provide the on-screen Julian Assange with the sort of transparency that his real-life counterpart so dearly values, “The Fifth Estate” ultimately works better as a trigger for the curious to investigate further than an expose of the events themselves, or even an examination of the people who first uncovered them.