TheWrap magazine: ”It’s a film about human beings coming together in crisis. And in the face of this awful virus, that was a beautiful thing to witness,“ Matthew Heineman says

A version of this story about “The First Wave” first appeared in the special Documentary Issue of TheWrap’s awards magazine.

His latest harrowing journey takes us into one New York City hospital at the start of the COVID pandemic. Employing his unobtrusive, vérité style, free of statistics or talking heads, “The First Wave” features footage shot by Heineman and his small camera crew, embedded in the ICU at the Long Island Jewish Medical Center in Queens, New York. The film also leaves the hospital in its second half to focus on the families of COVID patients and the protests over George Floyd’s murder.

Extraordinary scenes of pain and loss are seen in the film, but are outweighed by the compassion and devotion of health care workers. And in one of the most beautiful moments you’ll see in any movie this year, the hospital staff blasts the Beatles’ “Here Comes the Sun” when a patient is discharged from intensive care. 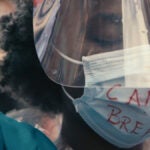 “Different hospitals play different songs to celebrate people getting extubated or leaving the hospital,” Heineman told TheWrap. “Every time you hear “Here Comes the Sun,’ it was a victory for someone. And there were not a lot of victories every single day, so it’s pretty special that we were able to include that.”

“The First Wave” is now playing in select theaters and available to stream on Hulu.

You jumped into this project as cases and deaths from COVID were rising rapidly. What was your motivation in the beginning?
The impetus was to pay homage to healthcare workers. And to humanize this issue that was so relegated to statistics and headlines. That’s what drew us in. And that’s what carried us through. I mean, it was a terrifying film to make. There were tragic, horrifying things we saw every single day. But it’s a film about human beings coming together in crisis. And in the face of this awful virus, that was a beautiful thing to witness every day.

One of the main figures we meet is an incredible doctor named Nathalie Dougé. Can you talk about her importance in the film?
I met Dr. Dougé quite early on and immediately was drawn to her. She had this incredible empathy and openness and was very natural on camera. She was clearly somebody we should follow. And it was after a week or so that we were given permission to talk to patients, which was when we met Brussells [Jabon] and Ahmed [Ellis]. The fact that Brussells and Ahmed were both essential workers, Brussells a nurse and Ahmed in the NYPD, they were natural subjects for us to follow.

Did you gain permission from their families in order to film them?
Yeah, we did. People sometimes wonder why anyone takes part in a documentary, but I think it’s generally a similar common denominator. People want to be listened to and be heard and be seen and be understood. In the case of Brussels and Ahmed and their families, this was a historic moment in all of our lives and they felt it was important to show how this was affecting those with the virus. And how it was affecting their families. They seemed very open to the process.

We watch them both suffer terribly from the virus and it’s shocking to witness.
The public was so shielded from what really happened in hospitals, the horror of the scenes in there. The national dialogue around this, the fact that it’s fractured our society even further, is extremely sad to me. But journalistically, I think if more people had been able to get in hospitals and see what was happening, that might have changed the national dialogue.

The film is bookended by an almost mystical shot of NYC from above, blanketed in misty gray clouds. What’s the significance of that?
It’s a shot that has a dreamy, ethereal quality to it. We wanted to show, metaphorically, a perspective of the city, with these wispy clouds in the foreground, while also showing, literally, how air and breath became dangerous things. Our hands were dangerous, our clothes were dangerous, giving somebody a hug was dangerous. The fabric of our society had been changed. And we ended with the same shot to honor the multiple sacrifices in the waves that happened after. 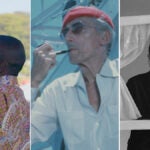 Also Read:
Docs to Watch: Journeys With Jacques Cousteau and the Sparks Brothers

The film runs 93 minutes, which is crucial to its success. Even two hours might have felt too much.
And the 93 minutes includes an extensive In Memoriam section at the end. We shot over a thousand hours of footage, but it was so important to keep the film tight. Every single frame in the film was debated about, argued about, contemplated. Every sound too. We knew it would be a difficult film for people to engage with and so we wanted to be conscious of the audience’s emotions. Not shy away from the realities of what we witnessed, but to be conscientious of the film’s overall impact.

And is it true that the film’s title actually helped with shaping its structure?
Yeah, the big win in the editing room was just coming up with title. We shot through the summer of 2020 and into the fall of 2020. But every time we tried to include a scene after the first wave, it just didn’t seem to fit. Coming up with those goal posts was a huge break. It allowed a clean arc and structure to be seen in the film, especially with the third act opening up to include the murder of George Floyd and the protests. We were able to leave hospital and include scenes from the streets, which was so important to the story we were telling.

What do you hope the takeaway for audiences will be?
There have been a number of people who have said to me, “Look, I’m nervous and anxious about seeing the film.” But thus far, audiences who have seen it seem grateful that the film gave them a vehicle to look back and to digest it all and to see it in a way they hadn’t seen before. I think it can be a cathartic experience. And one in which people can engage emotionally with what has happened and to start to process a way forward.