It’s easy to want to avoid or turn away from “The First Wave” and the events that it chronicles; after 18 months of worldwide disruption, struggle and loss, you’d be forgiven for not wanting to revisit it. But Matthew Heineman’s documentary becomes a must-see almost as instantly as it captures some of the worst moments of the COVID-19 pandemic, and it’s worth soldiering through even if its subject matter hits especially close to home.

Setting up shop in Queens’ Long Island Jewish Medical Center, Heineman and his crew film the first three months of the pandemic as its staff navigates an event for which the description “unprecedented” has become an overused term but never an inaccurate one. The filmmaker’s juxtaposition of overworked physicians and desperate patients offers a concentrated and intimate look at the bottomless, unimaginable depths of loss as well as the indefatigable reservoir of hope that sustains humanity during its darkest moments.

The film opens as a man who has contracted COVID says goodbye to his wife on the telephone, rallies momentarily, and then dies. The doctors around him observe a moment of silence, but he is among a deluge of patients they will see in the coming months; “It went from three to ‘all’,” observes Nathalie Dougé, an internist who, like her colleagues, soon finds herself working longer and longer hours with worse and worse results. Dougé is one of the staff members who has to call the families of patients who are admitted to the hospital, and she contemplates the challenge of empathizing with them while also recognizing how maintaining a safe distance is sadly healthier for her to soldier on against seemingly insurmountable odds. 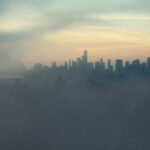 Heineman frames the progression of the pandemic through press conferences from New York governor Andrew Cuomo, but mostly — and perhaps rightly — avoids politicizing the choices his administration made as the world struggled to know how to slow the spread of the virus. The director does, however, document the increasing pressure those choices exacted on hospitals, quoting Cuomo as he instructs healthcare facilities to increase their patient loads by 50 percent, and to “try” to increase them by 100 percent. Cuomo’s gravitas and showmanship gives dimensionality to the larger existential questions that the pandemic has conjured, but the focus remains on those people in the trenches trying to save lives and to summon an ounce of hope to carry on.

The filmmaker follows two patients in particular through the film, Brussels Jabon and Ahmed Ellis, both of whom are on the brink of death when we meet them. Jabon, a nurse herself, gave birth in the first days of the pandemic, so as she convalesces, her infant is protected in a hospital nursery while her husband, also a caregiver, takes care of their daughter and the rest of his extended family as they quarantine together. Ellis works for the NYPD, and his wife tends to their two young children, communicating only through an iPad that the hospital staff provides. Both stories demonstrate that there were successes in reviving and rehabilitating patients, as well as how rare those successes were; when a doctor who sees her life in Ellis’ pins her hopes on his recovery, for example, you get to see how deeply personal these treatments become to the people providing them, much less receiving them. 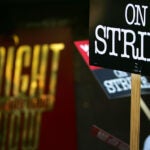 There are lovely little victories in the hospital, such as when the staff plays the Beatles’ “Here Comes The Sun” to commemorate a patient recovering well enough to stop using a ventilator. And then there are the larger cultural forces that continue to discourage and demoralize, such as the protests that ensue after the murder of George Floyd by the Minneapolis police. Dougé, a black woman, already feels especially discouraged by the disproportionate numbers of Blacks, Hispanics, and immigrants who come into the hospital seeking care and frequently never leave, but her alternating righteous anger and compassion during Black Lives Matter demonstrations evidences a kind of resilience and tenacity and, perhaps above all, hope that is essential to being a healthcare worker, or maybe just human.

Without anticipating his subsequent ouster as governor in 2021, Cuomo exudes an almost unexpected eloquence over those three months as his words touch on the deeper questions of the pandemic’s impact while attempting to make sense of the more granular logistics of tackling it. Juxtaposed against shots of eerily emptied New York streets, scenes of exhausted and exasperated medical professionals, and eventually, the mass graves and refrigerated trailers holding hundreds of bodies, the speeches offer something close to a running commentary of the timeline itself, as the physicians themselves provide the experiential immediacy and specificity of trying to do their job — or any job, really — in a city that at one point had more cases than any country in the rest of the world. 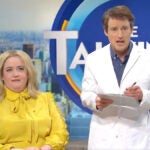 Heineman, an Oscar nominee for “Cartel Land,” isn’t yet a household name like Alex Gibney (one of the executive producers here) or some of his other contemporaries, but his acclaimed filmography grows in sophistication and pedigree with each new project. While there have already been a spate of films about the pandemic — including Gibney’s “Totally Under Control,” which felt like a rushed overview of the crisis that doubled as a pre-election indictment of Trump — “The First Wave” narrows its gaze both in time and scope to create something more intimate, and consequently more powerful, without needing to get into the origins of the virus, the larger response by the country or the world, or the politics involved in combating it long-term.

There will undoubtedly be other films that objectively lay out the many failures of now two presidential administrations, that will probe the excesses and shortcomings of the private sector to navigate disruptive rules and restrictions, and even examine what humanity at large faces going forward. But in prioritizing those calls shared between loved ones, those minor wins and losses that keep doctors inspired or break their spirits, and the real-time reverberations of the personal, medical, and political challenges faced in those three months at a hospital in New York City, “The First Wave” understands the way that individuals frequently can only process events in personal terms and amplifies that understanding in order to create a broader portrait of loss, and to create and encourage empathy to persevere in spite of it.

“The First Wave” will be released by Neon Winter 2021.