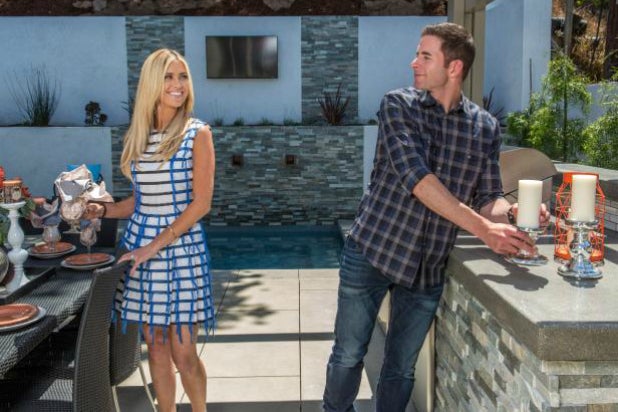 Could “Flip or Flop” be ready to flip to its final chapter?

HGTV’s scandal-plagued show could wrap up in 2017, according to an E! News report this week that cited an anonymous “insider” as its source.

Pulling the plug might not come as a shock, considering the recent and very public separation of hosts Tarek and Christina El Moussa. It’s been a really rough and embarrassing few weeks for the husband-and-wife and parents of two young children. On the other hand, though, the show is a hit for HGTV — and the lurid tabloid headlines have raised series awareness among viewers who had never even heard of it before.

It sounds like Christina isn’t at all open to keeping their marriage alive at this point — and both TV hosts have been seeing other people, including those in their employ, according to various reports.  Tarek and Christina have said they’ll continue to work together and are dedicated to co-parenting — but that first gig (in our order, not one of importance) may not last longer than the next 12 months.

The El Moussas have made a ton of money as real estate agents, house flippers and TV stars. In the history of “Flip or Flop,” they’ve only even lost money once. And if you don’t believe us about the El Moussa’s affluent lifestyle, check out their 50-foot yacht, reportedly worth more than a million bucks itself. (Or should they get divorced, two $500,000 sloops.) In other words, the El Moussas aren’t hurting for money, no matter how much their matrimony may be hurting.

Of course, we shouldn’t speculate on the future of the El Moussa marriage — not when TMZ will do it for us. HGTV isn’t going there.

“We admire and appreciate Tarek and Christina’s great work on ‘Flip or Flop,'” an HGTV spokesperson told TheWrap. “When it comes to matters related to their own family, we respect their privacy and honor any decision that works best for them and their children. HGTV is currently airing episodes of ‘Flip or Flop’ and the series will continue production as scheduled.”

But we can all take a pretty good guess at the future of “Flip or Flop.” We know Season 7 has four more episodes set to air, which will take us through January 19, 2017. Season 8, which is currently in production, starts the very next week — that’s just how HGTV rolls. Considering that the longest of the last three seasons only resulted in eight episodes, the show would have to run like four more seasons just to see 2018.