Floyd Mayweather Jr.’s net worth could go up a few cool hundred million tonight after he fights YouTube star and amateur boxer Logan Paul — even if the boxing legend doesn’t win.

According to Bleacher Report, the Olympic bronze medalist is expected to take home at least $100 million — a guaranteed $10 million plus 50% of the Showtime pay-per-view revenue (the fight costs $50 to watch on-demand) — after tonight’s exhibition match in Miami against YouTube personality Logan Paul.

The Sun reported estimates that Mayweather could take home as much as $102 million tonight, win or lose. That revenue is likely to push the former five-division world champion’s lifetime earnings up into the hundreds of millions of dollars. 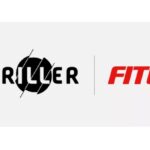 Mayweather retired from boxing (except exhibition bouts) after beating MMA fighter Conor McGregor in 2017. That fight netted Mayweather about $300 million — McGregor took home $100 million despite losing. Despite his habit of retiring and then coming back to professional boxing, Mayweather says he’s only doing exhibition bouts in the future.

“There’s no more real fights for me,” the 44 year-old boxer recently told The Athletic.

Mayweather has also said he realized he can make more money with exhibition matches against video stars like Paul than other actual boxers because of their online notoriety.

He told podcast “The Disruptive Entrepreneur” in March, “I can fight a fighter right now and guarantee myself $35 million. Eventually, I can probably make $50 million, right? It’s just a regular fight. Or me and Logan Paul and a YouTuber can go out and have fun and make nine figures, $100 million or more.”

Mayweather is taking home more money than Paul upfront — Paul’s base pay for the June 6 fight is $250,000 with 10% of the pay-per-view earnings. Paul has roughly 2.7 million fans on YouTube, a crowd that’s expected to drive up the on-demand video sales tonight.

A quick glance at the fight card shows odds that seem extremely stacked in Mayweather’s favor — the undefeated champ has a 50-0 record with 27 knockouts in his over 25-year career, while Paul is 0-1 after losing to YouTuber and amateur fighter KSI. 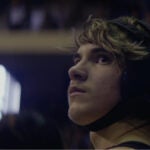 But those odds don’t mean Paul couldn’t win. He has been training hard at La Perla Gym in San Juan, Puerto Rico, for months and reportedly working on mimicking Mayweather’s style of boxing.