More than 40 years ago, Renée Richards successfully fought for the right to play women’s tennis after undergoing gender confirmation surgery. Richards goes unmentioned in “Changing the Game” — a fast-moving, vivid, and touching account of three teenaged transgender athletes and their struggles to play competitive sports in high school — but her example should be taken into consideration when thinking through this issue.

Richards had her surgery only when she was over 40 years old, and it cannot be stressed enough how difficult it was for her to get to that point in 1975. By contrast, the three modern-day transgender teenagers in “Changing the Game” have already started taking hormones, and so the challenges they are facing are very different from the ones that Richards faced; still, one constant on this issue is the outright prejudice of the right wing.

It was Tucker Carlson’s father Richard Carlson who first outed Richards as transgender, and his son Tucker is seen in TV footage here talking to a guest who says that transgender athletes should sacrifice their urge to play sports and not “spoil” things for everyone else. This, unfortunately, is one of the milder expressions of intolerance heard from right wing pundits in this movie, who range from Megyn Kelly to talk-radio voices that eventually reach a repugnant level of hatred. 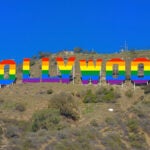 Mack Beggs is a transgender male wrestler living in Texas who wants to compete in the male school wrestling competitions, but Texas law forces him to compete in the female division. “I am a man,” Mack says, “and I’m the state champ of female high school wrestling.” We see Mack competing against girls throughout “Changing the Game,” and it is apparent right away that he should be allowed to compete against the boys.

Sarah Rose Huckman is a transgender female skier who enjoys posting make-up videos online, and she is living in New Hampshire, a much more progressive state than Texas, but still blinkered in that students have to have undergone gender confirmation surgery in order to compete in their correct category. We see Sarah speaking out against discriminatory policies that wouldn’t allow her to use the women’s bathroom; like Mack, Sarah is viewed as a kind of test case for transgender rights. 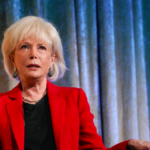 When activists are seeking to make change, they often put forward the simplest examples so that the general public can better understand the issue. The third protagonist in this movie, Andraya Yearwood, presents us with a more complicated case, and so she gets a bit sidelined sometimes. Yet it is actually Andraya who allows cisgender viewers who might not be familiar with these issues to resolve some of what they might consider difficult-to-process aspects of this matter.

Andraya is a transgender female runner who lives in Connecticut, the most progressive of the three states surveyed here, for it allows athletes to compete based on their gender identity. When Andraya runs track, we see a woman railing against her, one of those so-called trans-exclusionary radical feminists or TERFs who deal with transgender rights in a way that calls up a lot of unprocessed and misdirected anger. The anger of a woman like this is in a somewhat different category than the fear-mongering of Carlson, Kelly, and their talk-radio ilk, and it might feel trickier to navigate, but it does finally come from the same place of emotion over reason. 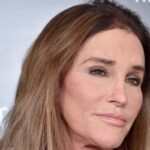 People are seen complaining about Andraya and her fellow transgender female runner Terry Miller, and these people make the same complaints that were made against Renée Richards a generation ago, saying that the bodies of Andraya and Terry are physically stronger and give them an unfair advantage. But this question soon becomes absurd if given just a bit of thought: Is Andraya supposed to somehow physically weaken her body, and if so, how much and in what way? Surely it is easier in this case to let her compete as what she is — a strong woman.

“Changing the Game” is that rare documentary about a social issue that is not preaching to the choir. If someone is uncertain or on the fence about this issue, this movie should allow them to make a logical conclusion about it, and that is not only a positive thing but also a stimulating one.