Four years ago, Amanda Lipitz made her non-fiction directorial debut with “Step,” chronicling the lives of young Black girls on a step (or dance) team in her native Baltimore to critical acclaim. Their story hit her radar through her mother, who founded the school the three main girls attended. A personal connection is also the impetus behind her sophomore doc “Found”; here, her niece Chloe is the catalyst for the focus on American adoptions of Chinese girls abandoned due to China’s strict “One Child” policy.

“Between 1979 and 2015, China enforced a law allowing only one child per family in an effort to control population growth,” the film begins. “Estimates say that over 150,000 Chinese children, mostly girls, were given up and adopted overseas.” Lipitz puts a highly personal spin on the legions of Chinese girls impacted by following Chloe and her two cousins Sadie and Lily as they bond over questions of their identity and the extreme circumstances that bond them.

The doc smartly opens in China with the camera traversing the terrain, providing English subtitles while explaining how newborns were “left in cardboard boxes, found near a bridge or on a sidewalk” before moving on to frames of small rooms packed with babies as nannies care for them. It’s a reference point that steadily increases in significance as the film progresses. 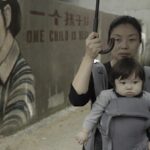 DNA testing with 23andMe is responsible for this moment, with Chloe discovering she has a blood cousin in Sadie and then Sadie locating their other blood cousin, Lily. From capturing the three cousins chatting virtually from Arizona, Tennessee, and Oklahoma to showcasing the girls and their families individually, “Found” puts real faces to the consequences of the “One Child” policy’s inherent bias against girls.

Chloe has been raised Jewish, and Lily, Catholic, with Sadie more mainstream Christian. Entrenched traditions, not to mention deep bloodlines, are features of their adopted families that none of the girls share biologically. For their parts, their mothers — especially Debra (Lily’s mom) and Victoria (Sadie’s) — are invested in helping their daughters reconcile their roots. Now that she is divorced, Victoria, who adopted Sadie with her then-husband, worries she has failed to deliver on her promise of family. 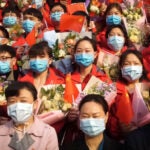 Chloe has the benefit of both her father and mother pushing and supporting her in her search for identity, which has come with an insistence, as the family relocates from Seattle to Phoenix, that she attend a high school with a higher concentration of Asian students as well as study Mandarin. Curiously, Chloe is the least interested in connecting with her biological parents while Lily, her mother shares, longed for her biological father even as a very young girl.

As intriguing as their American lives are, “Found” really picks up steam with the appearance of Liu Hao from My China Roots, a company that helps people explore their ancestry and organizes trips to China for people to uncover their origins. Liu’s passion to reunite biological families stems from her own experiences of almost being abandoned herself. Ahead of the girls traveling to their native region of Guangdong in Southern China, Liu searches for their biological parents, employing the Internet as well as tracking down clues in person. Her efforts create a rare opportunity for these families to share their anguished-filled stories.

Liu’s detective work puts a spotlight on the emotional costs that real people, poor farmers in particular, paid for this disastrous governmental policy. To see a father turn and walk away from the camera because he can’t hold back his tears is heartbreaking. So is seeing a mother haunted by not knowing where her child could be while grasping emotionally for any possibility of seeing her again. Or a sister anxious to meet her lost sibling. 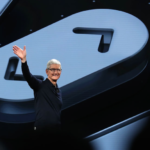 Thanks to Liu, we also meet the incredible women, the nannies or “aunties” (according to the English translation) who cared and loved these “found” babies under impossible circumstances. Against tremendous odds, they discovered ways to feed these babies and keep them warm. Miraculously, they fondly remember the girls. Sadie’s nanny Li Xuyin recalls how she weighed no more than 5 pounds upon her arrival, while Huang Li is pretty sure Chloe arrived at the orphanage on the day of her birth, and Yang Mudi recalls Lily as a mischievous baby. It’s both heartwarming and heartbreaking.

Unlike the biopic “Lion,” a Hollywood ending is not the point for “Found.” Instead, it’s Chloe, Sadie and Lily’s journeys, not just the outcome, that resonates the loudest. A rare spotlight on the interior lives of Asian American girls, “Found” is told with such genuine love that it’s frequently hard to hold back tears. Once again Lipitz has focused her lens on the magic of girls and found real treasure.