Frank Zappa’s estate – including his recordings, songs, film archive and likeness – has been acquired by Universal Music Group in a deal made with Zappa children Moon, Dweezil, Ahmet and Diva. The sale was announced Thursday morning by UMG.

Zappa certainly wasn’t much of a follower, but his heirs are trailing in the footsteps of artists like Bob Dylan, Neil Diamond and Justin Timberlake, all of whom have recently sold their entire song catalogs to a single corporate buyer. 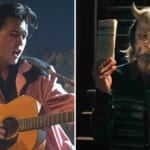 Universal Music Group has been working with the Zappa family for over a decade to digitally distribute the late artist’s catalog, so Thursday’s announcement was an extension of a longstanding relationship.

“UMG have more than proven their passion for Frank’s art and so the entire Zappa family – Moon, Dweezil, Ahmet and Diva – is thrilled to pass the baton to the new forever stewards for all things Frank Zappa,” according to a statement from the Frank Zappa Trust. “Old and new fans will get more of what they want – more Frank Zappa music for years to come. Frank released his first album with Verve Records in 1966 with The Mothers Of Invention’s debut album, Freak Out!, so this is a very full circle moment more than five decades later and we know that his music and legacy will be in the best possible hands for generations to come.”

With a no-rules blend of gonzo humor, social commentary and face-melting virtuosity, Zappa created a body of work that is almost impossible to describe. Offering little help in that department are the dozens of titles acquired by UMB, including “Watermelon in Easter Hay, ” “Peaches En Regalia” and “Cosmik Debris.”