“Friends” fans have been waiting for a reunion special since, let’s be honest here, May 6, 2004 — the day the NBC sitcom ended its highly rated 10-season run. So when Ben Winston signed on to direct the unscripted HBO Max project that would finally reunite Jennifer Aniston, Courteney Cox, Lisa Kudrow, Matt LeBlanc, Matthew Perry and David Schwimmer on camera for the first time since we said goodbye to Rachel, Monica, Phoebe, Joey, Chandler and Ross, he knew there’d be pressure to deliver something worth the almost two-decade-long wait.

“It was one of those where, you’re right, I was worried about it,” Winston told TheWrap ahead of the May 27 premiere of “Friends: The Reunion” on HBO Max. “Because I thought, you know, they’ve all done a million talk shows, and there’s been so many books written about the show, and there’s so many Instagram accounts about it. And you can’t move for ‘Friends’ clips or trivia or memorabilia. So I did want to come at it and try and find some new angles on it. I think that was just about, sometimes when you put the six people together — and that was ultimately the key, because although they are incredibly close and incredibly tight and a real unit, they’ve only been in a room together once in 17 years.” 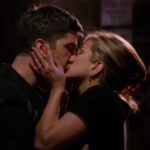 Winston continued: “I think when any group of old friends gets together, you start remembering things that you hadn’t necessarily remembered. One starts going, ‘Oh, I’d forgotten that because of this.’ You see that on camera, in a way, they sort of one-up each other and go, ‘Oh, what about this or what about that?’ ‘I remember that.’ I think just being together really helped them remember some of the stuff that came out within the show. And I’d done my research and knew certain bits I wanted to hit and I found interesting ways of getting those stories or tales out of them.”

“Friends: The Reunion” was set at HBO Max in January 2020 and originally intended to be filmed that March in order to be one of the marquee titles that WarnerMedia’s streaming service would launch with two months later.

Of course, the pandemic threw a wrench into that plan, and taping on the Warner Bros. TV-produced comedy’s unscripted reunion was delayed for a full year, until it could be completed under COVID-19 safety guidelines.

Winston said that very long pause didn’t change his structural plans for the “Friends” reunion — but it did elevate the quality of the final product.

“I don’t think anything hugely changed in the creative. I think we waited until there was a time we could deliver the show that we came up with and wanted to do,” Winston said. “I think it was one of those where we could have done a different version at some point during the year. But instead it was like, no, we really like the idea we had. We really liked all these various different filmmaking techniques and intercutting them all together and actually, let’s just wait until it’s safe to be able to deliver the vision that we had for the film. So I don’t think anything changed on what you see on screen. I think if there’s anything that changed, it was just I felt better prepared for it.”

He added: “I think having that sort of yearlong stop-down allowed me to watch all 236 episodes, it allowed me to read a couple of books about the show, it allowed me to spend more time with the cast, albeit on Zoom, sort of just asking them questions and trying to pry stories from them. Originally, we were greenlit to make the show in January 2020 and we were shooting it middle of March 2020. I only had, like, two and a half months to be able to make the show. So the fact that we were put on pause for such a long time meant that my prep was just a lot better.”

One thing he was able to pry out of the cast was Aniston and Schwimmer’s joint reveal that they had genuine romantic feelings for each other during the first season of “Friends.” Of course, a bombshell like that isn’t something you can plan for — but you know what is? Behind-the-scenes footage to show flirtatious moments.

So part of Winston’s year of prep was watching hours and hours and hours of “Friends” footage that hadn’t been sifted through since the Kevin S. Bright, Marta Kauffman and David Crane-produced sitcom went off the air. That time was well spent, because it gave fans some never-before-seen moments in the special, like little interactions between Aniston and Schwimmer and that recording of LeBlanc dislocating his shoulder during a freak accident while filming “The One Where No One’s Ready.”

“There is a warehouse with just reels and reels and reels of film because, of course, the show was shot on film, four cameras, but all on film reels,” Winston told us. “So it isn’t like today, when you shoot and you can just scroll through the tapes. We had to get that film digitized. And of course, there are four cameras, there’s a million takes, there’s a million episodes. It’s a huge amount. It was a lot. I had an amazing post-production team led by Guy Harding, and he would spend hours upon hours finding reels and then we would digitize them. And only when we digitized them would we then see what we had.”

“It was almost like a fishing expedition, but it threw up some really beautiful things that no one had seen before,” he continued. “You know, whether it be that moment with Matt that you mentioned, or the first-ever episode, or even using the footage at the end of the opening title sequence, when they’re dancing in the fountain, when somebody called ‘cut’ and you see everybody going in with towels and warm blankets. No one had ever seen any of that stuff before. So when we found all that footage — and again, I think the stop-down for COVID allowed us to find more — ee were able to use that time to do some really great research and digitize some more reels and really sort of find as much beautiful, filmic, cinematic footage as we could find.” 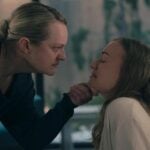 Once it was finally safe to shoot “Friends: The Reunion” last month, Winston had two days on the old “Friends” set with cast members Aniston, Cox, Kudrow, LeBlanc, Perry and Schwimmer to capture the vision he had from the start — but, again, with even more prep behind it.

“The idea of the show was to take these seven or eight filmmaking techniques,” Winston said. “There is very straight documentary with the six of them on set. There is sort of talking-head documentary with Bright, Kauffman and Crane, using a lot of great archive. There is the talk show element with James Corden. There is the variety element, like [Kudrow singing with] Lady Gaga or the quiz or the fashion show. Then I had recreations, like the table reads, which I really liked. Then you’ve got all these global fans around the world, which I thought added a real beautiful element to it. Then, finally, having all the sort of well-known, great people suggesting what their favorite clips were — I thought was another way, a nicer way, of showing clips.”

Among the many celebrities who joined the core six in one way or another for “Friends: The Reunion” were David Beckham, Justin Bieber, BTS, James Corden, Cindy Crawford, Cara Delevingne, Lady Gaga, Elliott Gould, Kit Harington, Larry Hankin, Mindy Kaling, Thomas Lennon, Christina Pickles, Tom Selleck, James Michael Tyler, Maggie Wheeler, Reese Witherspoon and Malala Yousafzai. Each of them were used in one of those different elements of the show to give viewers more than what you’d get from a sit-down interview with the cast — although Corden did handle that part.

“My plan was always, since the day I pitched it, to intercut between these seven or eight areas and never, ever stay in one area for too long. To always make it feel like as soon as you felt like you had enough of one area, bang, I’d hit you with another one,” Winston said. “I think that was always the point of how I tried to make the film. So even before I had shot a thing, I had a lot of it written up of how I wanted it to intertwine between the different parts. I thought, well, if David Beckham chooses that clip, which I knew he would, then I can cut to the actual clip. Then David Crane, I could interview him about what happened that day. Then I could go to the guys watching it on the couch and seeing it and talking about it. And then, before you know it, that’s four different styles of making the show all intercut with each other to tell a really nice story. That was the plan from the offset.”

The result is the one-hour, 45-minute special “Friends: The Reunion,” which launched today on HBO Max. And while Winston had an extra year to make prep a breeze, editing was the real challenge.

“I only had four weeks to edit the entire film because we wrapped on April the 7th. We got the footage all in by April the 10th and by May the 18th I had to lock picture — that’s with everyone’s notes, as well,” he said. “So it was a really fast turnaround. We sort of just lived in the edit for the month. But luckily we’d done enough prep that we knew what we wanted to happen onscreen.”

Readers can find out what Winston told TheWrap about what actually did happen onscreen here.