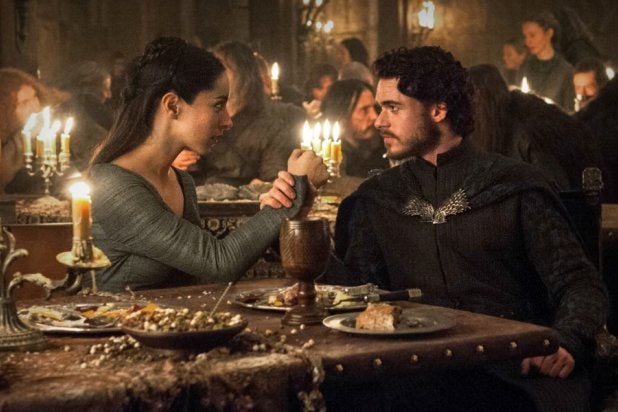 The official “Game of Thrones” channel on YouTube boasts an impressive 160 million views, with more than 900,000 subscribers, but the passionate fan-base for the show has proven to be even more active than that on the site.

In fact, the official channel accounts for only one percent of all “GoT” videos uploaded, according to YouTube technology company, ZEFR. That means a staggering 99 percent of the “Game of Thrones” videos on YouTube were created by the show’s fans.

The company further analyzed the data and shows that 89.3 percent of the “Game of Thrones” videos viewed on YouTube were those uploaded by the fans, leaving only 10.7 percent of the total views for the official “GoT” page. In other words, fans are creating and watching one another’s videos in far greater numbers than they’re tuning into the content provided by HBO.

To be clear, the official “GoT” page on YouTube doesn’t offer full episodes, or even key scenes, but rather brief recaps, short scenes with commentary, and behind-the-scenes chats with the cast and crew. Meanwhile, fans have been generating fun things like “Red Wedding” reaction videos, parodies, and a compilation of Hodor saying, “Hodor.”

For the “Red Wedding” alone, ZEFR determined that there were 1,628 different reaction videos, with total views of 39,354,569, as of this writing. One reaction compilation video has more than 10.7 million views alone.

Clearly fans were as interested in seeing others react to the shocking events of the “Red Wedding” as they were in the event itself.