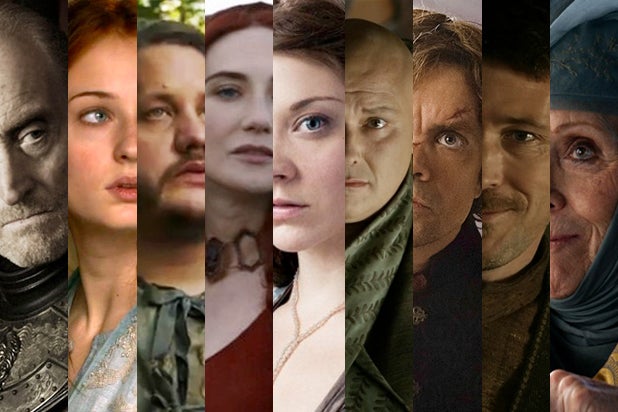 The most talked-about character on “Game of Thrones” last season didn’t even have to die to get your attention.

TVShow Time, a site dedicated to tracking, commenting and watching your favorite shows, created a special chart for TheWrap that monitored its fans’ responses to characters on the show throughout the season. Not surprisingly, Joffrey got a lot of mentions when he died in the second episode. So did Oberyn when he died in the eighth.

Also read: ‘Game of Thrones’ Star Reveals Who Won’t Be Back From the Dead

But the character who generated the most comments was Peter Dinklage‘s beloved Tyrion, who made many fans very, very worried when he was arrested and tried for Joffrey’s death.

Though Jaime Lannister’s rape of his sister, Cersei, was so passionately discussed that it made the front page of the New York Times, it didn’t resonate as much with TVShow Time fans as Oberyn, Joffrey and Tyrion’s travails.

Part of the fun of the chart is noting which characters got sudden boosts in commenting — and remembering why. Jon Snow, for example, had a big boost for the ninth episode, featuring the massive battle between the Night’s Watch and the Wildings — and the death of Ygritte. And Arya went out on a huge high after her big season finale.

You can learn more about TVShow Time here:

TVShow Time – track, comment & watch all your shows from TVShow Time on Vimeo.