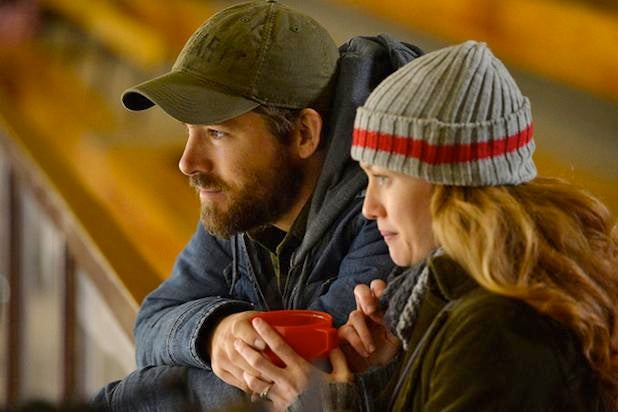 A word of advice for filmmakers with dark ambitions: If you’re going to make a movie about kidnapped and/or sexually exploited children, you better make them good.

In the past 24 hours, both directors screened films that dealt with the subject… and both received rude receptions and scathing reviews from the critics and cinephiles in Cannes.

Egoyan, whose West Memphis Three film “Devil’s Knot” just slipped quietly into theaters, took on a complicated and unsettling fictional criminal story this time around. In “The Captive,” Ryan Reynolds stars as the father of an abducted girl, with Mirelle Enos as his distressed wife; Scott Speedman plays a cop, as does Rosario Dawson, though she’s goes missing at some point in the time-shifting narrative that befuddled critics.

TheWrap’s Steve Pond sat through the film, which he called an “overwrought and illogical concoction,” and reports that it was booed at least as loudly as it was cheered when the credits rolled.

Peter Baker, the Guardian critic whose blistering review of “Grace of Monaco” will probably prove more memorable than the Cannes opener itself, cut to the core of the picture by asking, “Has a grownup person written this script?”

But it’s not all bad news for Egoyan and his team: As the movie was debuting, A24 announced that it had purchased its distribution rights.

Elsewhere on the child abuse front, Yedaya’s “That Lovely Girl” tells the tale of a young woman in her early 20s who lives with her father in an ongoing sexual relationship, according to the brave Steve Pond, who sat through a movie that he said depicts a life stuck in a “haze of bulimia, cutting, aimless promiscuity and desperate neediness.”

Spoiler alert: It wasn’t much fun to watch, and was also “dramatically unsatisfying.”

Now, to lighten the mood, lets talk about money.

The deals — real and theoretical alike — are slowly trickling out as the festival kicks into gear. Internet darlings (and award winning actors) Aaron Paul and Helen Mirren have signed up for an “international thriller” from director Gavin Hood called “Eye in the Sky,” which already had Colin Firth enlisted. Mirren plays Col. Michelle Madden, a military intelligence officer in command of a top secret drone operation. Paul will star as an American drone pilot, while Firth will co-star as a British government official.

Also, the fight for workers’ rights in France led to nationwide strikes on Thursday, which resulted in canceled flights and inconvenienced executives.