In this morning’s roundup of Oscar news ‘n’ notes from around the web, predictions are in, and the “Hurt Locker” email mess lives on.

To begin with, a couple of Oscar notes from colleagues at theWrap… First, show co-producer Bill Mechanic tells Sharon Waxman that the Oscar show “has a chance of being something exceptional, as opposed to just good.” The keywords, apparently, are interconnectivity and organic. (WaxWord) 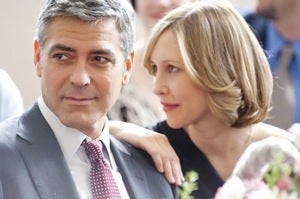 Meanwhile, Joe Adalian gets the first look at the new ABC Oscars promo, which uses scenes from the Best Picture nominees to illustrate the different things that “Live Is … “ My favorite part is when the phrase “Live is … connection” is backed by a voiceover from “Up in the Air” in which George Clooney asks, “You know that moment when you look into somebody’s eyes and the whole world goes quiet?” Naturally, it leaves out Clooney’s next line: “Well, I don’t.” (TV-MoJoe)

The Gurus of Gold offer final predictions in almost all the Oscar races. Two-thirds of the races, according to the collective wisdom (or lack of), are not all that close. The ones in which the runner-up comes within 10 points of the favorite are Original Screenplay (“The Hurt Locker” over “Inglourious Basterds”), Foreign-Language Film (“The White Ribbon” over “Un Prophete”), Cinematography (“Avatar” over “Hurt Locker”), Film Editing (“Hurt Locker” over “Avatar”), Musical Score (“Up” over “Avatar”), Makeup (“Star Trek” over “The Young Victoria”) and the two sound categories (“Avatar” over “Hurt Locker”). (Movie City News)

Jeff Wells issues his take on the fuss over “Hurt Locker” producer Nicolas Chartier’s overzealous (and, according to Academy campaign regulations, illegal) email: “A certain [unspecified] party saw a chance to somehow hurt ‘The Hurt Locker’s’ chances of taking the Best Picture Oscar, and thought that creating a little hoo-hah out of a relatively minor e-mail blunder might help in that regard. In short it’s a typical ‘do whatever you can to take down or damage the front-runner maneuver – no more than than that.” (Hollywood Elsewhere)

And Nikki Finke opines: “[F]or months now I have been sent so many emails from so many studios and filmmakers and flacks and insiders badmouthing every rival nominee this Oscar season and talking up their own … I don’t see anybody else in this hotly contested Oscar race apologizing for all the trashtalk they’ve been sending out.” (Deadline Hollywood)

MSN Movies has a question about “Avatar”: “Is James Cameron’s CGI-driven 3-D sci-fi epic something genuinely new in the motion picture/pop culture firmament, or is it just an expensive, uninspired retread that’s creating a record number of 3-D-glasses-wearing suckers every three hours or so?” Jim Emerson and Glenn Kenny try to answer. Emerson opts for the former, calling it “the least remarkable James Cameron picture since … ‘The Terminator’” and “just another mediocre movie.” Kenny says “I wanted an ass-kicking James Cameron science fiction action movie done in the state-of-the-art … fashion he himself has been defining since around ‘The Abyss’ … And for the most part, I got it.” (MSN Movies)

Jeff Bridges ordered two cases of cigars. The cigar manufacturer put out a press release. Movieline tries to turn this into an Oscar-campaigning issue. The end of this season cannot come soon enough. (Movieline)