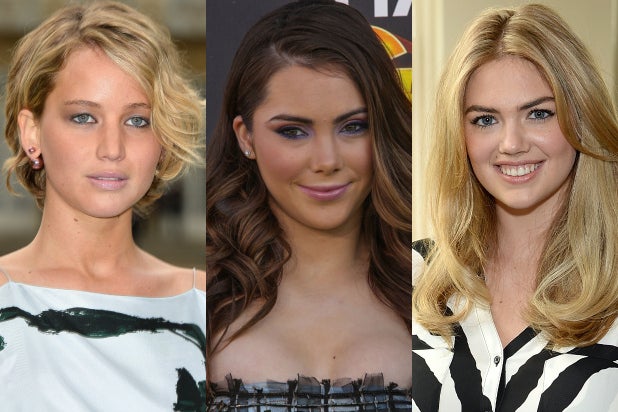 Google has responded to the threat of a $100 million lawsuit over the leak of celebrity nude photos this year, saying the company has deleted images but also pointing blame at others.

“We’ve removed tens of thousands of pictures — within hours of the requests being made — and we have closed hundreds of accounts,” a Google spokesperson told TheWrap in a statement. “The internet is used for many good things. Stealing people’s private photos is not one of them.”

In a letter addressed to Google executives, Los Angeles attorney Marty Singer says that he’s representing “over a dozen female celebrities, actresses, models and athletes” who believe that Google hasn’t done enough to remove explicit photos of them that were leaked onto the web after they were hacked.

See video: ‘The View’ Hosts Are Disgusted by Hollywood Nude Photo Leaks But That Didn’t Stop Rosie Perez from Looking

“Google is making millions and profiting from the victimization of women,” Singer’s letter reads. “As a result of your blatantly unethical behavior, Google is exposed to significant liability and both compensatory and punitive damages that could well exceed One Hundred Million Dollars.”

Singer goes on to claim that his law firm, Lavely & Singer, has contacted numerous web sites, internet service providers and online hosts, the vast majority of which have complied with his request to remove the images per the Digital Millennium Copyright Act (DMCA). In his letter, however, Singer says that Google “has recklessly allowed these blatant violations to continue in conscious disregard” for his clients’ rights.

Also read: Meagan Good Rips Fans for Reposting Her Leaked Nude Photos: ‘You Should Be Ashamed’

It’s believed that the photos were hacked by accessing the subjects’ iCloud accounts. The FBI and Apple have both launched investigations into the leaks, though Apple has denied that a security breach was to blame. But Apple CEO Tim Cook has said that the company will put additional security measures in place, such as alerts and push notifications when someone’s iCloud account is being accessed in an attempt to change its password or send data to a new device.