A musical about Harvey Weinstein written by one of his accusers, Louisette Geiss, and featuring music by Diane Warren, is set to open this fall in upstate New York.

The play is called “The Right Girl,” and it will run in a workshop starting on October 13 through November 10 at Proctors Theatre in Schenectady, New York. Coincidentally, the theater is roughly a four-hour drive from where Weinstein is currently imprisoned in Buffalo.

TheWrap broke the news that Geiss was writing the stage musical with Warren last October, and the play now has a director and even a synopsis. Susan Stroman, a five-time Tony winner, is directing and choreographing “The Right Girl.”

Join Eleanor Stark on her first day as Chief Creative Officer of the legendary film and television studio, Ambrosia Productions. As Eleanor rises to the top of her game working side by side for years with the industry’s most respected men, we learn that one of them is real trouble. What role does she play in the story of Hollywood’s most fiercely guarded secret?

Geiss wrote the book with Howard Kagan, and the two together with Warren wrote the lyrics.

In speaking about the show last October, Geiss said that she wanted to create a work of art using the shared experience of all the creative women who had shared their stories with accusations against Harvey Weinstein.

“The impetus for me was on a daily basis listening to the other women on our email thread,” Geiss said. “So many of the stories are so challenging and horrific. I thought, ‘Oh, my God, I need to change the way we look at this experience.’…  I could see the spiraling down of so many of us. And I woke up one morning and I thought, ‘How can I change it?’ These are all artists, all creatives. We need to create a show about it that would uplift these women and allow them to focus on something that’s positive.” 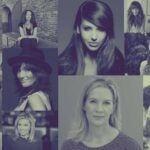 Also Read:
#AfterMeToo: 12 Accusers Share What Happened Next, From Firing to More Trauma