Late Thursday evening, HBO Max sent out a perplexing email that had subscribers — and even WarnerMedia CEO Jason Kilar — questioning what the heck is going on at the streaming service.

The message was brief, but very cryptic. According to screenshots, it had the subject line “Integration Test Email #1” and the body of the email simply read, “This template is used by integration tests only.”

Naturally, it left a bunch of HBO Max subscribers — and Twitter users wanting to get in on the avalanche of ensuing jokes — wondering what it meant or if it was some kind of marketing stunt (it wasn’t). 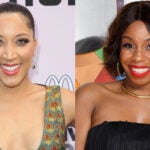 HBO Max apologized for the “inconvenience” in a tweet shortly after the email went out and even blamed an intern (who we surely hope still has a job) for the bungled email. In the immortal words of a certain fictional pop star, everybody makes mistakes and everybody has those days.

Kilar joined in on poking fun at his own company, joking that the email was somehow part of the streaming app’s content rollout along with its new breakout hit “Mare of Easttown.” 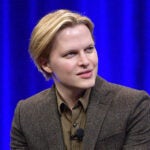 Meanwhile, director James Gunn, who’s currently at work writing and directing “Peacemaker,” a D.C. Comics series that prequels the “Suicide Squad” and will premiere on HBO Max, said he hoped the email was part of a marketing campaign for the project.

Producer and writer Paul Davidson said the whole thing reminded him of the failed Jefferey Katzenberg and Meg Whitman streaming venture Quibi, which shut down after only seven months in operation.

“The entertainment value and pure hilarity that has come out of the @hbomax integration test email #1, beats every show ever on Quibi,” Davidson quipped.

Another Twitter user noted that he thought this might be the most attention HBO has gotten since it wrapped its hit show “Game of Thrones.” “Integration Test Email #1 has gotten HBO more views than anything else they’ve produced since Game of Thrones ended,” they joked. 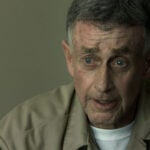 Check out some more jokes about the streamer’s snafu below.