The fallout from the surprise shelving of DC’s “Batgirl” continues, as at least six different movies billed as Max Original films have been quietly removed from HBO Max in recent days.

Some eagle-eyed Reddit viewers were first to notice the absence of the titles, all of which were exclusively released for streaming and skipped theaters. Those movies include the Anne Hathaway films “The Witches” and “Locked Down,” the Melissa McCarthy comedy “Superintelligence,” the Seth Rogen comedy “An American Pickle,” the Dylan Sprouse sci-fi romance “Moonshot” and the Sundance drama “Charm City Kings.”

Additionally, a remake of “House Party” from LeBron James’ Springhill Entertainment that was originally meant to debut on HBO Max on July 28 did not launch and was scrubbed from the release calendar.

Reps for HBO Max did not respond to a request for comment.

While HBO Max generally informs which movies and shows will be leaving the streamer each month, such as the Harry Potter movies departing at the end of August, none of the Max Original titles were listed in such releases. The films, however, are still available for digital rental or purchase. Further, many other Max Original titles, including “Father of the Bride,” “Zack Snyder’s Justice League,” “The Fallout,” “Let Them All Talk” and “Kimi,” are all still available.

TheWrap reported yesterday that Warner Bros. Discovery had made the decision to shelve the release of “Batgirl,” a DC film starring Leslie Grace and intended for streaming. Now the movie that cost the studio $90 million is effectively dead and will not to be released on streaming or theatrically. Also shelved was an animated sequel to “Scoob!” called “Scoob! Holiday Haunt.”

“The decision to not release Batgirl reflects our leadership’s strategic shift as it relates to the DC universe and HBO Max,” a Warner Bros. Picture spokesperson said in a statement Tuesday. “Leslie Grace is an incredibly talented actor and this decision is not a reflection of her performance. We are incredibly grateful to the filmmakers of Batgirl and Scoob! Holiday Haunt and their respective casts and we hope to collaborate with everyone again in the near future.” 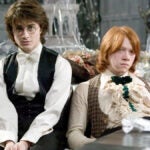